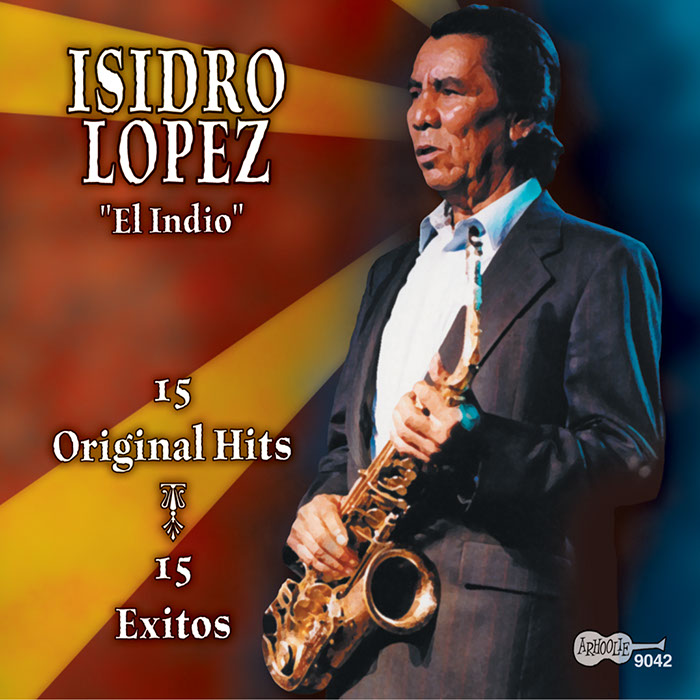 View Cart Digital Download $9.99
View Cart CD $11.98
Isidro Lopez (“El Indio”) became enamored with country-western music while picking cotton as a teenager in Texas. After learning to play the alto saxophone in high school, he joined Narciso Martinez’s conjunto to play at dances and in bars in the San Benito area. While playing in Juan Colorado’s band, Lopez was asked to fill in for the band’s absent vocalist. His performance of the song “Todo O Nada” began his career as a singer and eventually led him to form his own conjunto. This collection features 15 of Lopez’s most popular recordings from the 1950s and ‘60s.