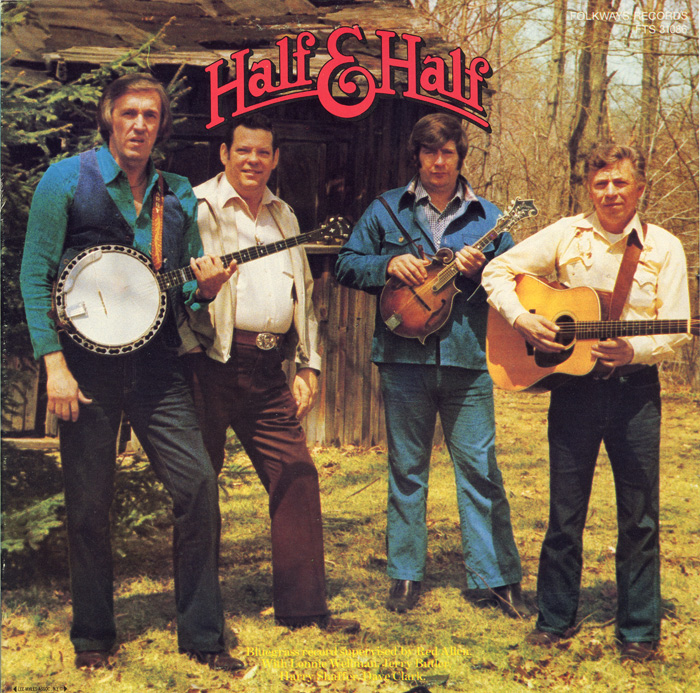 This 1982 release is the debut album for the bluegrass quartet Half & Half. Jerry Butler and Lonnie Wellman are half of the Butler Brothers band, and Harry Shaffer and Dave Clark are half of the West Virginia Travelers band—thus the quartet’s moniker. Produced by veteran bluegrass performer Red Allen, the recording includes songs written and originally recorded by such well-known entertainers as Merle Haggard (“Ramblin’ Fever”), Lester Flatt and Earl Scruggs (“I’d Rather Be Alone,” “Flint Hill Special”), Porter Wagoner (“Julie”), and The Everly Brothers (“When Will I Be Loved”). Vocal and instrumentation credits are listed on the back cover.

Red Allen - Producer
Half & Half - Artist