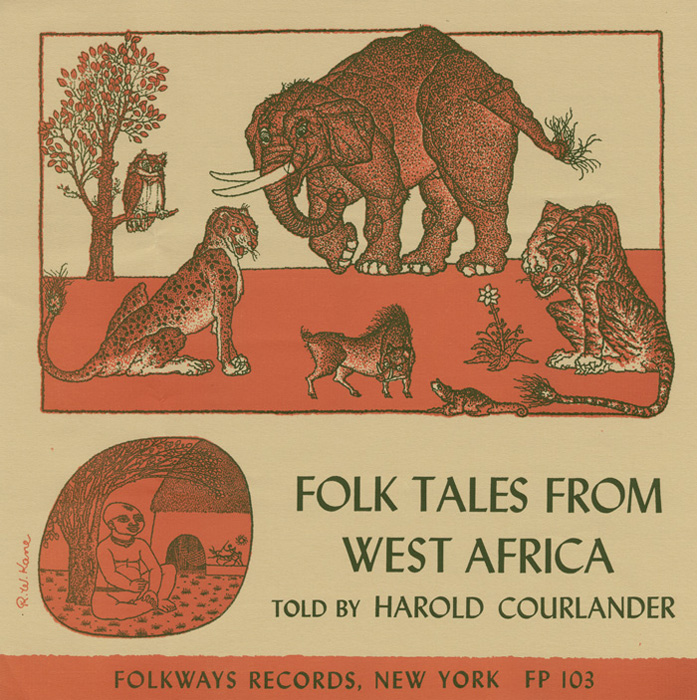 View Cart Custom CD $16.98
View Cart Digital Download $6.45
Originally released in 1959, this spoken-word compilation contains five folk tales from West Africa narrated by Harold Courlander. Coulander, a folklorist, anthropologist, and writer, focused his energies on collecting, writing about, and recording traditional music and storytelling from all over the world. Three of the stories in this collection focus on humans as protagonists. The two remaining tales tell stories about two mythical bulls and a pompous frog.