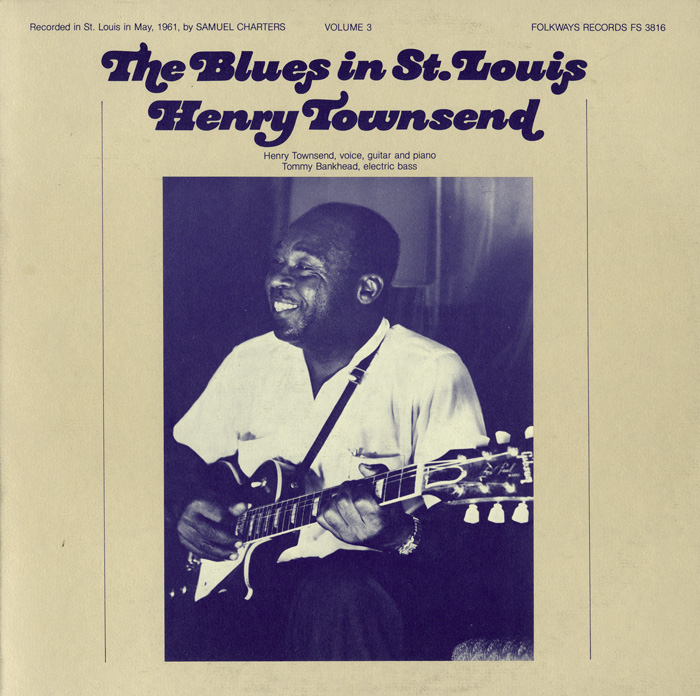 View Cart Custom CD $16.98
View Cart Digital Download $9.99
In the Blues in St. Louis, Volume 3, electric guitarist Henry Townsend plays familiar blues songs, accompanied by Tommy Bankhead on electric bass. Samuel Charters, who recorded the session in 1961, writes in the liner notes that he was "prejudiced against electric instruments" until he heard the duo play the first track, "Cairo Is My Baby's Home." The use of electric instruments for the blues is a trend that continued through the decades, with artists like Albert Collins and B.B. King, and elements of these electric bass lines can even be heard in Led Zeppelin's music.