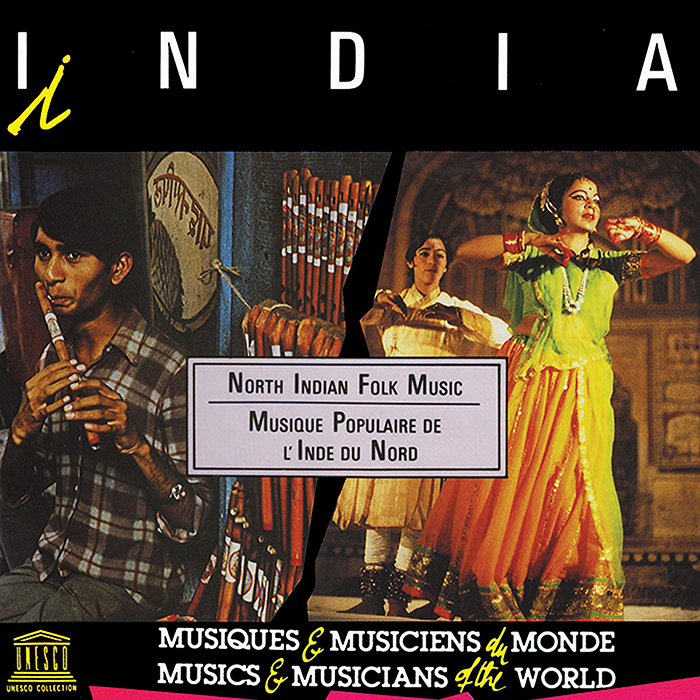 “There is not a single aspect of [Indian village] life which does not have its music,” writes Manfred M. Junius is the liner notes of this album. Junius, a lifelong student of Indian classical music and musicology, was commissioned by the International Institute for Comparative Music Studies and Documentation to provide recorded material for this UNESCO series. His selections and lively notes present twelve field recordings of secular and devotional music, drawn from various communities in northern India. The performances feature drums, flutes, and stringed instruments, and may be seasonal, epic, or joyous. Vocals are sung in Hindi or—in the case of “Qawali” and “Sufi Song”—in Urdu.