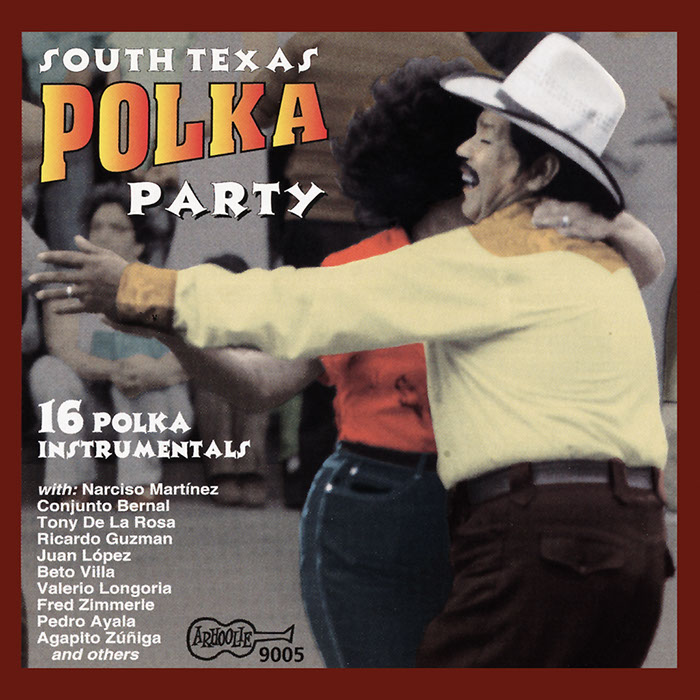 View Cart Digital Download $9.99
View Cart CD $11.98
Polka began in Bohemia in the 1830s and became an upper-class dance fad as it moved westward across Europe. Its journey to south Texas and northern Mexico during the second half of the 19th century was facilitated in part by the migration of German settlers into Texas and the arrival of the accordion, also from Germany. This collection of 16 polkas is gathered from Tejano, mariachi, and orquestra tejana bands who were performing 1950s and 1960s. The liner notes include a brief history of polka.