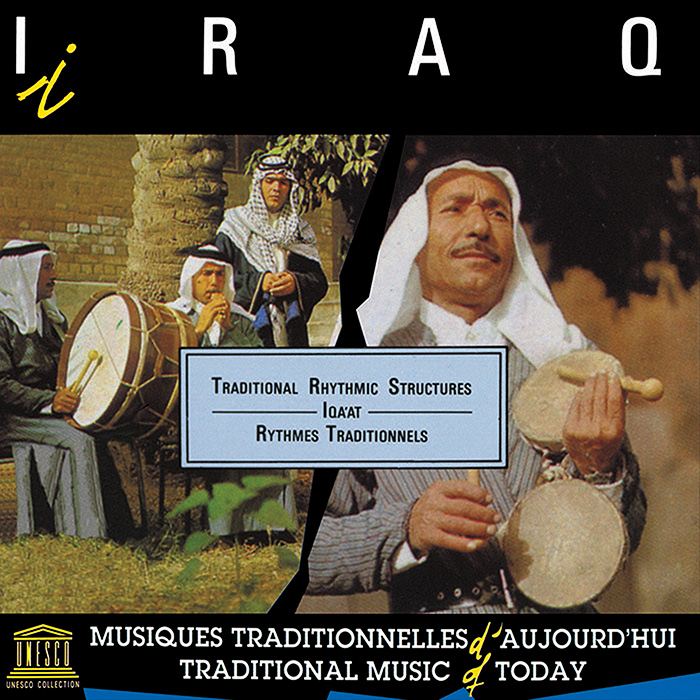 In Iraq, maqam—a term referring to any one of the rhythmically complex and improvisational melodic modes of Arabic classical music, which dictate pitches, pattern, and song progression—is performed in three distinct regional styles by vocalists, instrumentalists, and mixed drum groups. This compilation of recordings by ethnomusicologist Habib Hassan Touma features various musical genres from Basra Province and Baghdad that provide a glimpse into the varied iqa’at (rhythmic forms) in traditional Iraqi music.