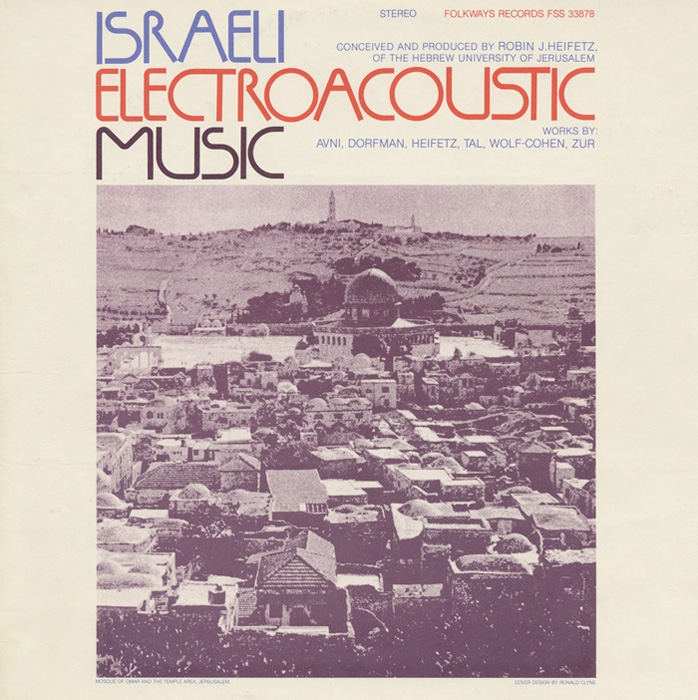 Israeli Electroacoustic Music collects the works of six musicians from varied backgrounds, all recognized for their musical activity in electronic music and in Israel at the time of the album’s recording in 1981. These composers exemplify atonal 20th century music and musique concrete in a mixture of acoustic and electronic instrumentation, ranging from album producer Robin Julian Heifetz’s dark and frantic A Clear and Present Danger (which “attempts to symbolize the fear of a mother for her son's safety upon his commitment to a mental institution” through piano and electronic manipulation) to the oboe and synthesizer piece Lyric Episodes (originally commissioned for a dance company). Liner notes include program and biographical notes on the pieces and their composers.