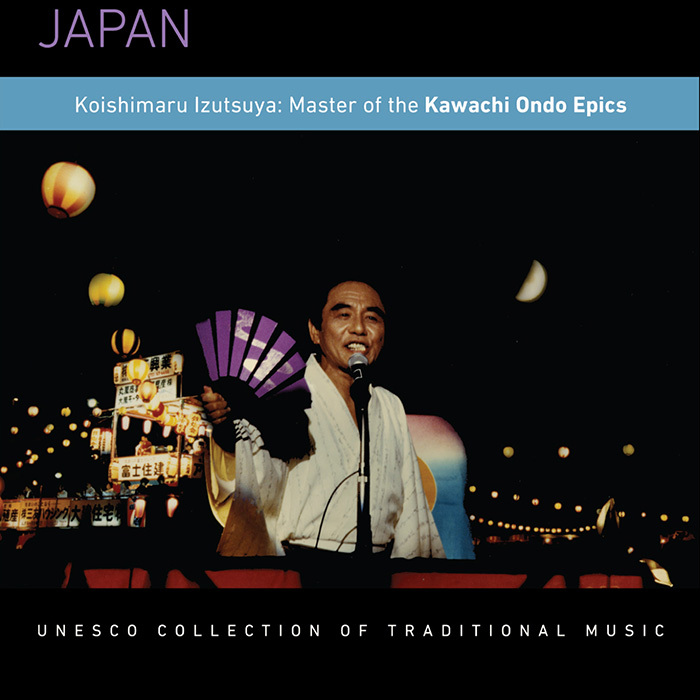 This is a recording of Koishimaru Izutsuya (1932–1992), a master of Kawachi Ondo, the little-known genre of epic-based song performed at large Bon Odori festivals popular in the industrial Kawachi plain. Accompanied by a double-sided taiko drum, a plucked string instrument called the shamisen, and occasional vocal interjections, Izutsuya performs three epic stories in sung verses and dramatic spoken passages. Beautifully recorded in 1991, the timbre and melisma of the singer’s voice and the contrasts between the regular rhythm and melody of the drum and shamisen reveal the beauty of a popular art form that continues to evolve in the 21st century. 70 minutes, 16-page notes, full-length epic transcripts in Japanese and English.

This previously-unpublished album is part of the UNESCO Collection of Traditional Music. More than 125 albums are being released by Smithsonian Folkways Recordings to make the series publicly available again, including more than a dozen never-released albums of musical traditions from around the globe.