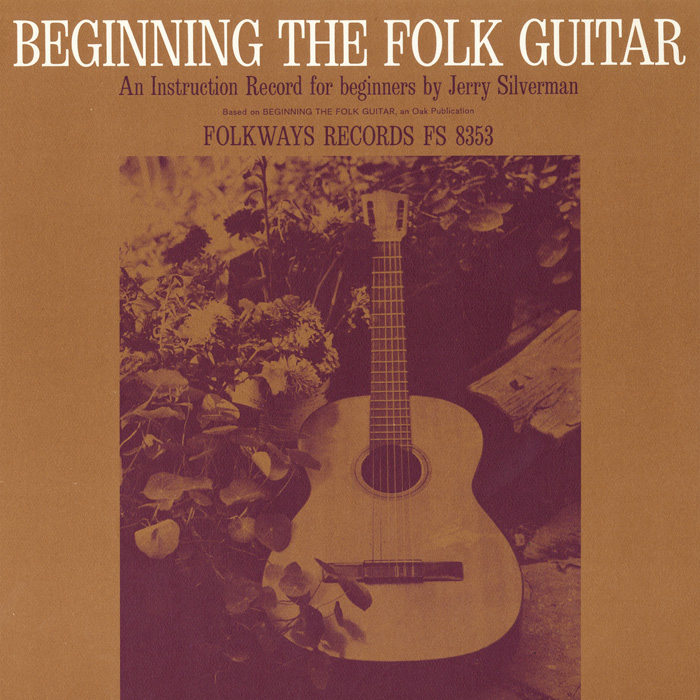 Guitar player and instructor Jerry Silverman demonstrates the basics of playing folk music on the acoustic folk guitar on one of three Folkways albums he recorded and released in 1964. This recording is a companion to Silverman’s book of the same title. Silverman opens the recording with a rendition of the well-known lullaby “Hush Little Baby” and a discussion of guitar chords. He uses each track to demonstrate a particular guitar playing technique.

The 23-page liner notes open with instructions for how to play different chords and which fingers to use when doing so. They are followed by written music for each of the recording’s tracks.