John Cohen (1932–2019) was a major figure in the development and appreciation of traditional music, and one of the most prolific contributors to the Smithsonian Folkways collection of recorded sounds. He was a musician, photographer, filmmaker, and record producer, but those words do not adequately describe John, whose work transcended labels and defied categorization.

John grew up in eastern Long Island and attended Yale, where he studied painting with Josef Albers. While at Yale, he met Tom Paley, a banjo-playing mathematics major. The two played music together and organized “hoots” on campus.

After John moved to New York City, he, Tom Paley, and Mike Seeger formed the New Lost City Ramblers. Their self-titled album, The New Lost City Ramblers (Folkways, 1958), introduced a generation of musicians and audiences to the musical styles of the rural string bands of the 1920s and ʼ30s. John’s strong, solid guitar lines formed the bedrock of the NLCR’s sound, and his powerful album designs drew immediate attention to the group’s records. The Ramblers, with Tracy Schwarz eventually replacing Tom Paley, recorded 15 albums for Folkways.

In New York, John was at the center of wildly diverse worlds of art and music. He photographed poets Allen Ginsberg and Gregory Corso; painters Franz Kline and Red Grooms; and a young Bob Dylan, who had just arrived in the city. He worked as an assistant to photographer Robert Frank, photographing the production of Frank’s 1959 film Pull My Daisy, which was written and narrated by Jack Kerouac. Life Magazine found out about John’s “beat generation” photos and paid him for early publication rights.

John used the Life Magazine money to finance a 1959 recording trip to eastern Kentucky. The trip produced the seminal album Mountain Music of Kentucky (Folkways, 1960), which introduced the music of singer and banjo player Roscoe Holcomb, among many others. A return trip to Kentucky in 1962 yielded John’s first film, The High Lonesome Sound.

John forged a graphic design style based largely on the posters that were used to promote the old time music acts of the 1920s and ʼ30s. He used “press type” transfer sheets and either his own photos or historic photos from the archives of the Farm Security Administration. John’s design style defined the look of the many records of old time music and bluegrass produced for Folkways by Ralph Rinzler, Mike Seeger, and John himself, as well as posters and handbills for the Friends of Old Time Music concerts.

In 1964, John traveled to the southern highlands of Peru. His recordings and photos of the area’s traditional musicians were released as a two-record set, Mountain Music of Peru (Folkways, 1966).

Through the 1960s, John continued to make albums for Folkways. The artists included ballad singer Dillard Chandler, “Singing Miner” George Davis, and Roscoe Holcomb. Most of John’s recordings of Roscoe can be heard on two Smithsonian Folkways CDs, The High Lonesome Sound and An Untamed Sense of Control. John’s 1953 recordings of Reverend Gary Davis were released by Smithsonian Folkways on the 2003 CD If I had My Way.

John Cohen’s photographs are in the collections of The Metropolitan Museum of Art, The Museum of Modern Art, and the Corcoran Gallery. His books of photographs include There Is No Eye (2001), Young Bob: John Cohen’s Early Photographs of Bob Dylan (2003), and Speed Bumps on a Dirt Road: When Old Time Music Met Bluegrass (2019). Throughout the 1970s, ʼ80s, and ʼ90s, he worked as professor of visual arts at SUNY’s Purchase College.

The magnitude of John Cohen’s impact on public awareness of traditional music is almost impossible to comprehend. When John arrived on the scene, very few people knew about old time music. The rural musicians who still played it were mostly unknown outside their own communities, and appreciation in the cities was largely limited to those who knew about Harry Smith’s Anthology of American Folk Music (Folkways, 1952). John and a few of his associates changed that. Today, old time music and bluegrass are played by thousands of musicians in cities and towns throughout the world. Artists like Charlie Poole, Clarence Ashley, the Carter Family, and Bill Monroe have assumed their rightful places in history. The music has infused college courses, films, and popular music. Americans have added powerful new facets to their understandings of themselves.

But is wasn’t just his professional oeuvre that inspired others to make and appreciate this music. John’s friendships and personal relationships eloquently communicated his love and respect for traditional culture. In later years, John became a mentor to new generations of young musicians. He mentored, toured with, and recorded with the Dust Busters (later known as the Down Hill Strugglers) and served as a mentor to the young banjo player and singer Nora Brown.

John had tremendous energy. Even in his final years, he seemed always to be rushing off to some book signing or some gallery opening somewhere in the world. Those of us who knew him will remember him as a truly nice guy, an extraordinarily warm and generous human being, a lover of corny jokes, and a keen observer of life who reveled in the beautiful and sometimes awkward encounters between diverse cultures.

John Cohen left us on the evening of September 16, 2019. He was an extraordinarily complex simple man. He was irreplaceable, but with luck, fortunate wanderers will continue to travel the paths he walked.

Peter K. Siegel is a musician and record producer who has produced albums for Folkways, Elektra, the Nonesuch Explorer Series, Polydor, Rounder, Sugar Hill, and Jalopy Records. His work for Smithsonian Folkways has included recording and producing the 3-cd box set Friends of Old Time Music and a forthcoming album by Doc Watson and Gaither Carlton. 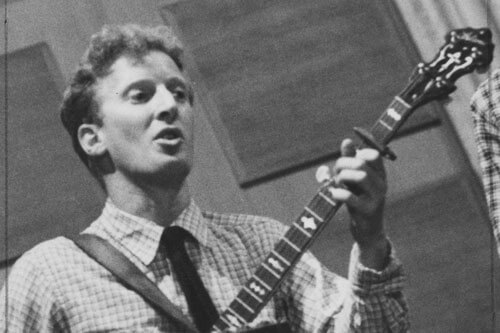 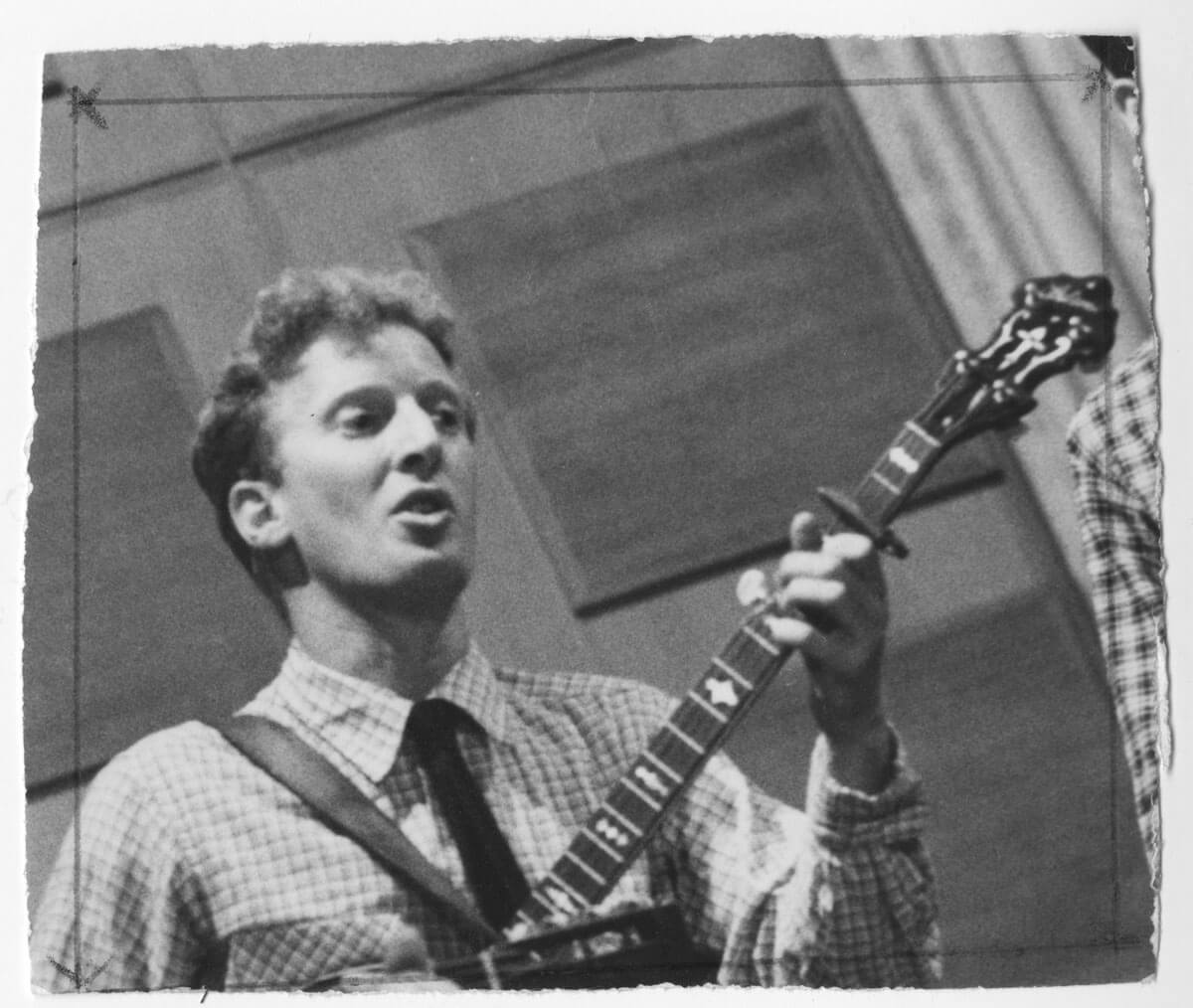 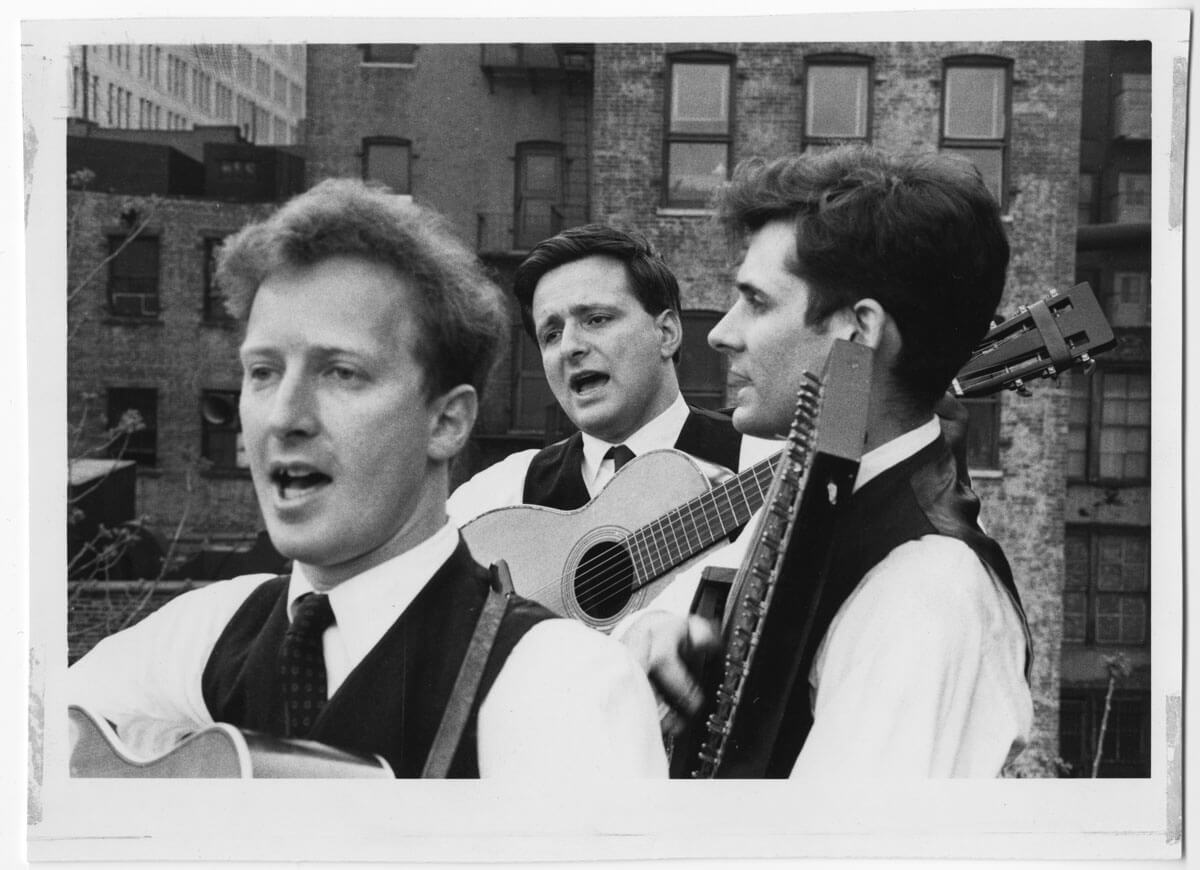 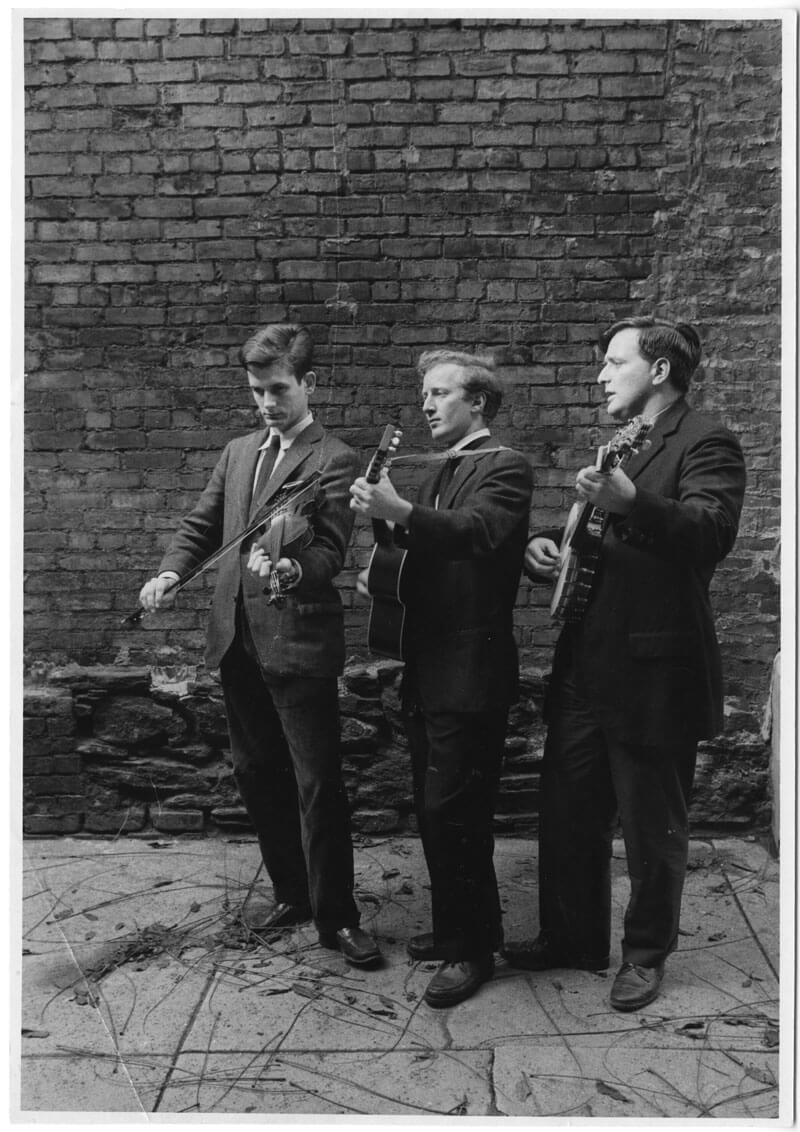 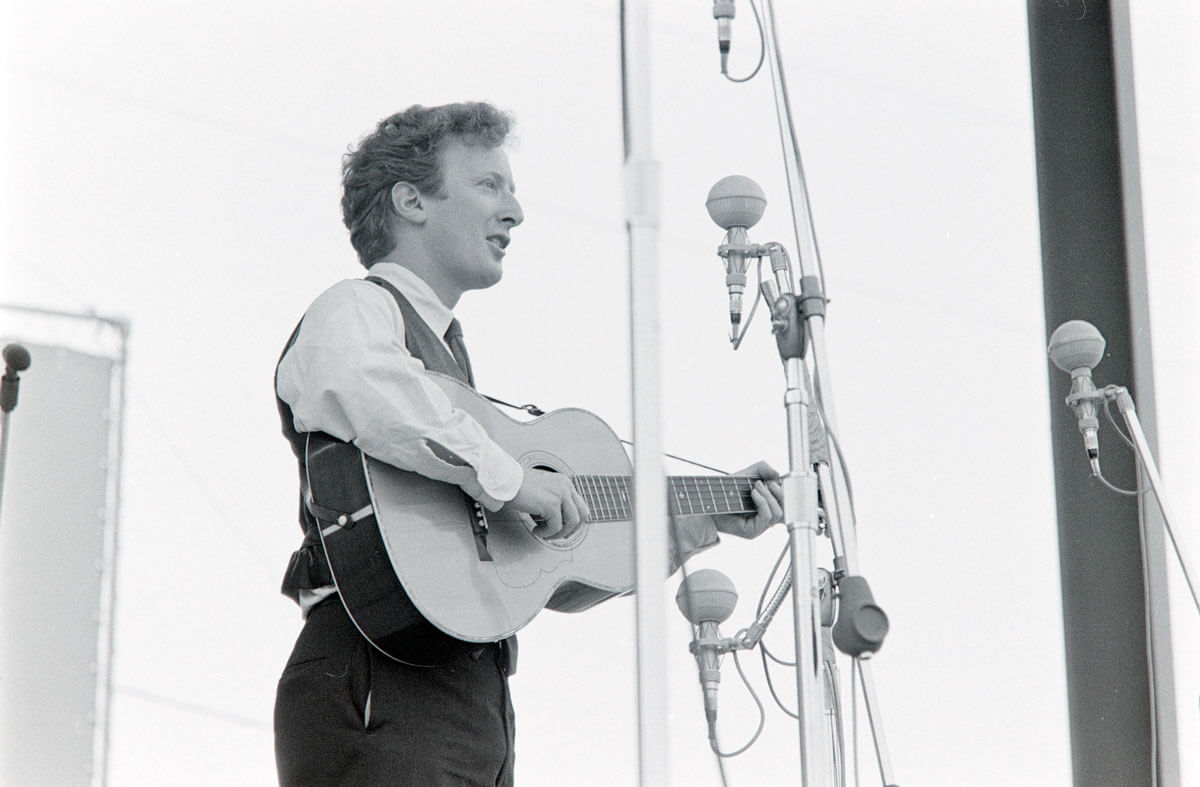 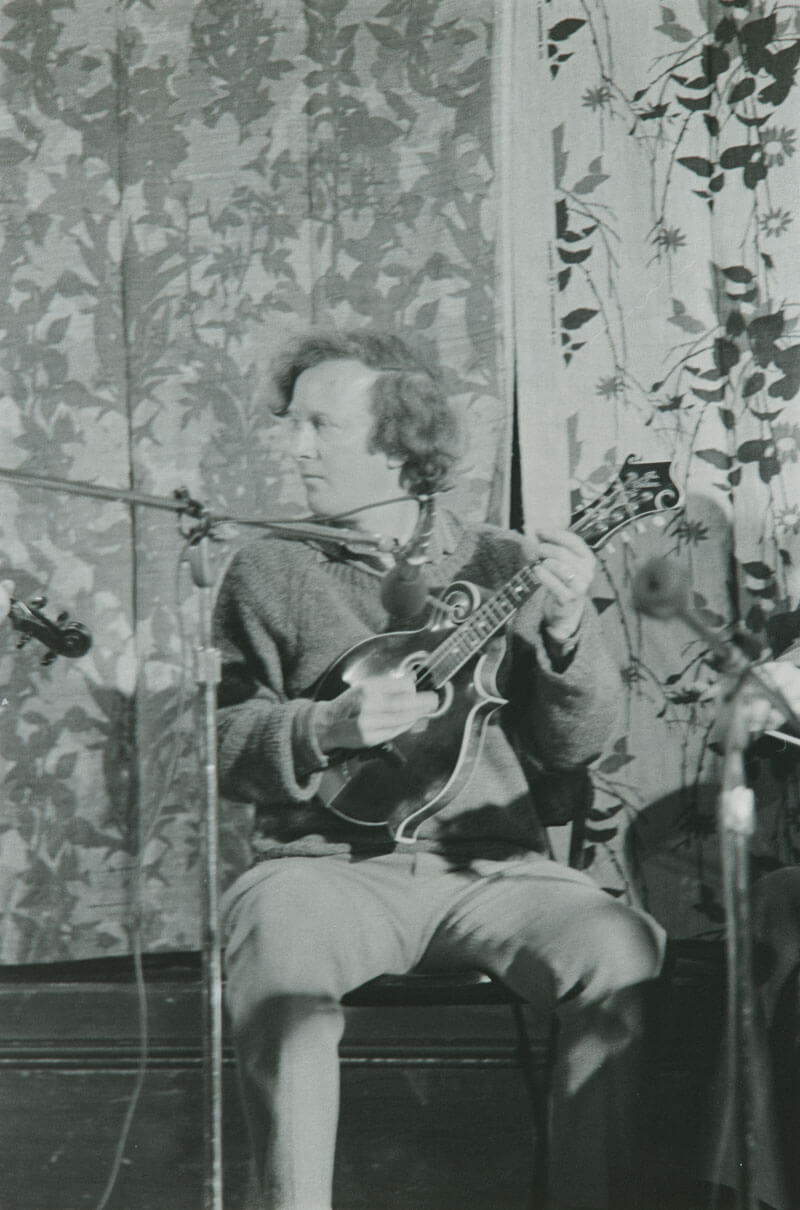 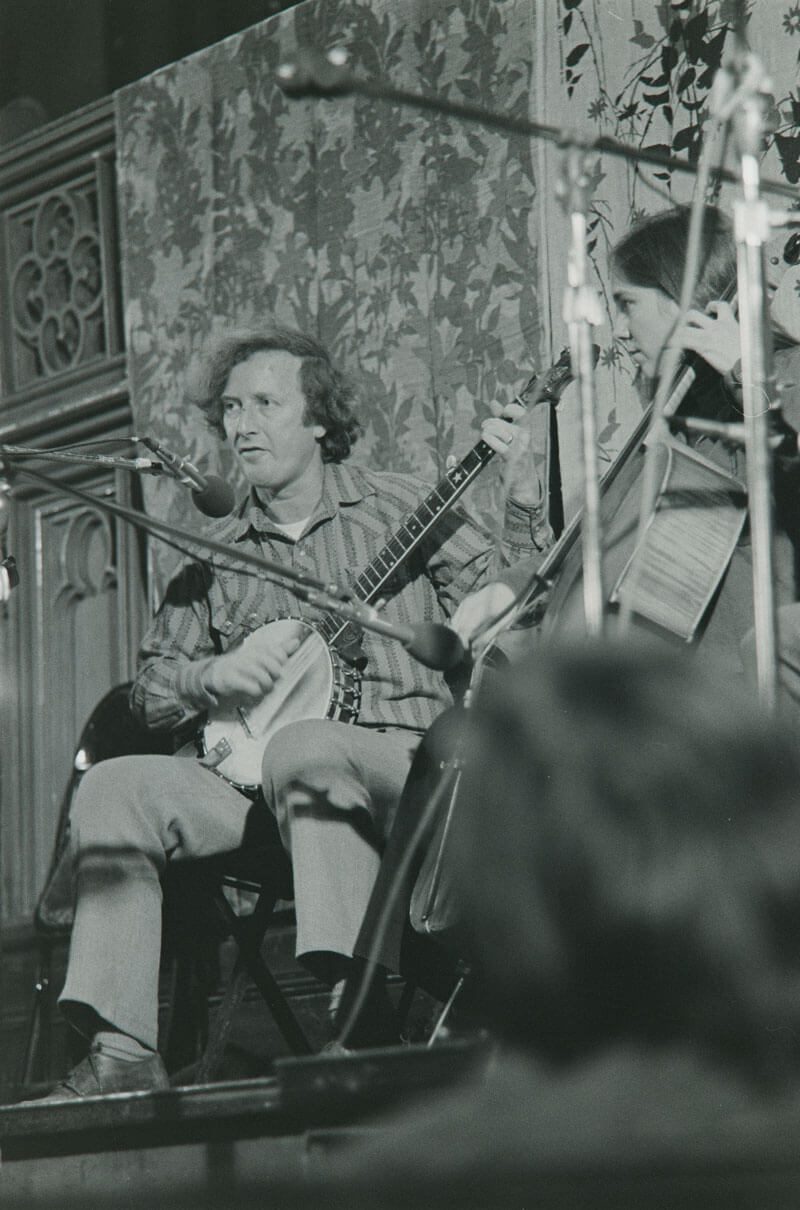 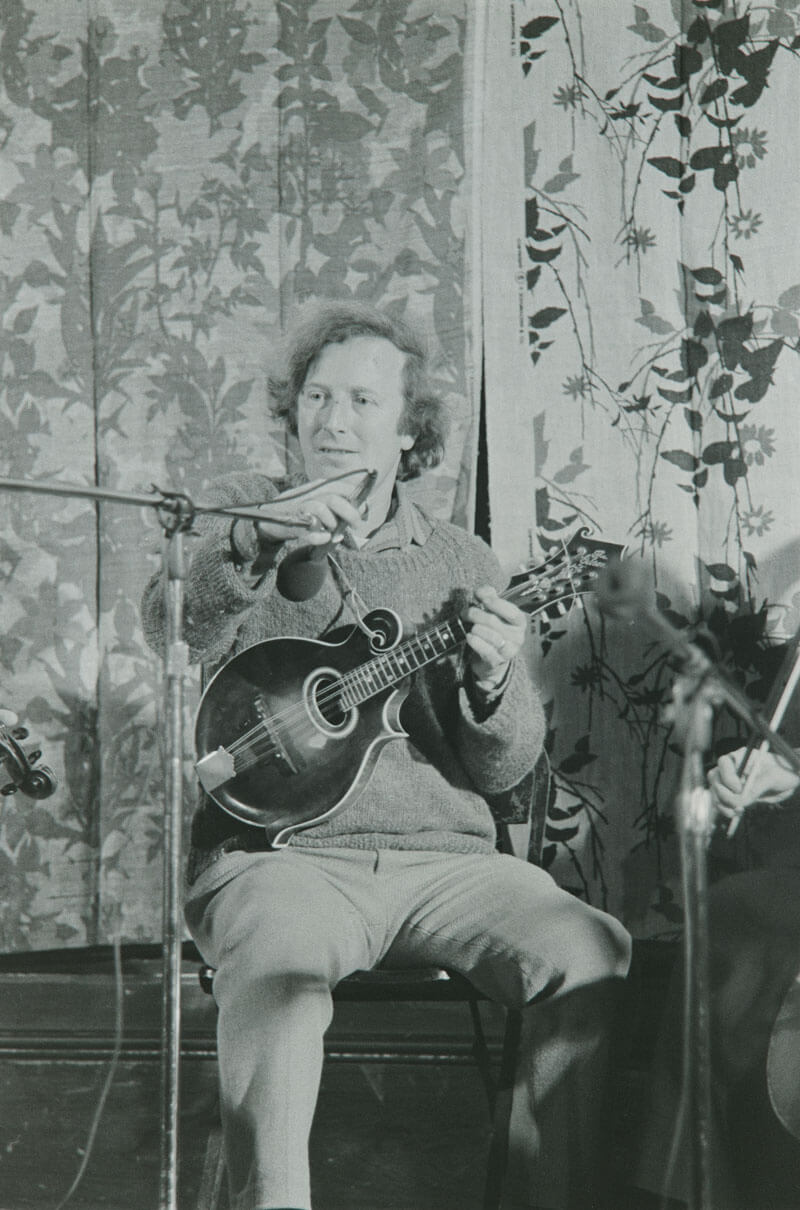 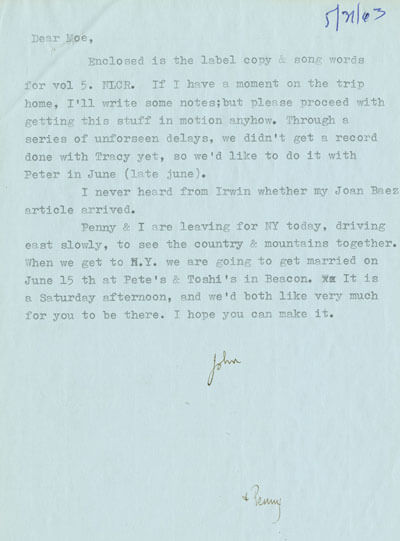 Letter from John Cohen to Folkways Records founder Moses Asch, May 31, 1963.
FROM THE ARCHIVE 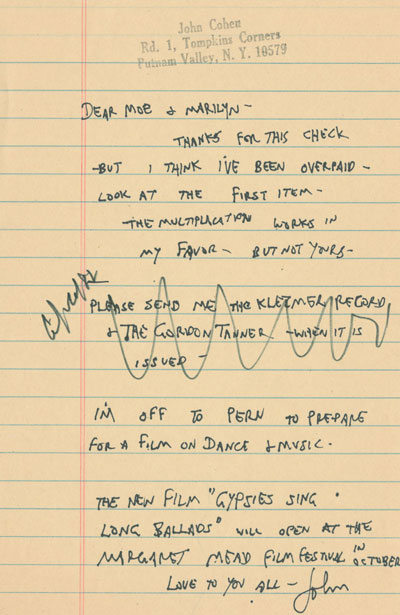