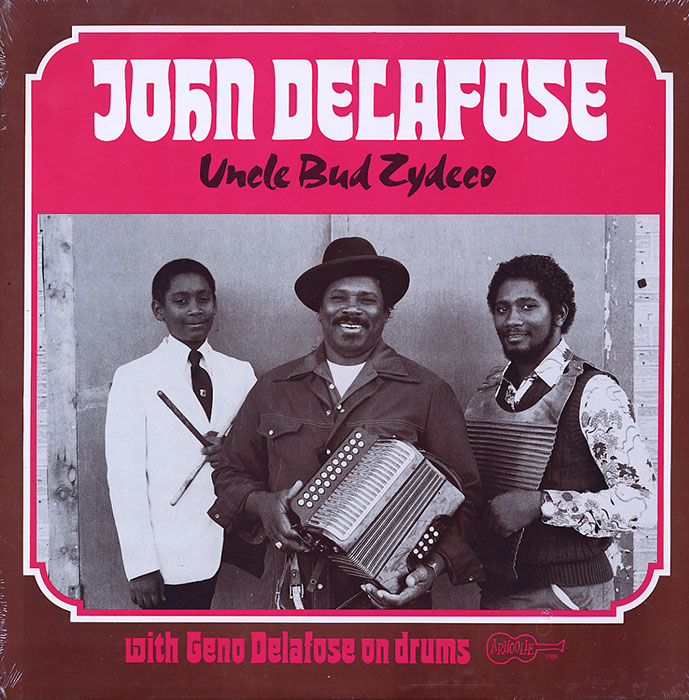 View Cart Vinyl LP $14.98
The Eunice Playboys was one of the early zydeco bands in southwest Louisiana. Led by accordionist John Delafose (1939–1994), the band was a family affair, with brother Tony on rubboard and son Geno on drums, and with brothers Charles and Joseph Prudhomme on guitar and bass. This recording features a performance of the band at the Festival de Musique Acadienne in 1981 and a studio session in 1982. Geno Delafose stepped in to lead the band following his father’s death. He continues to lead the band today.