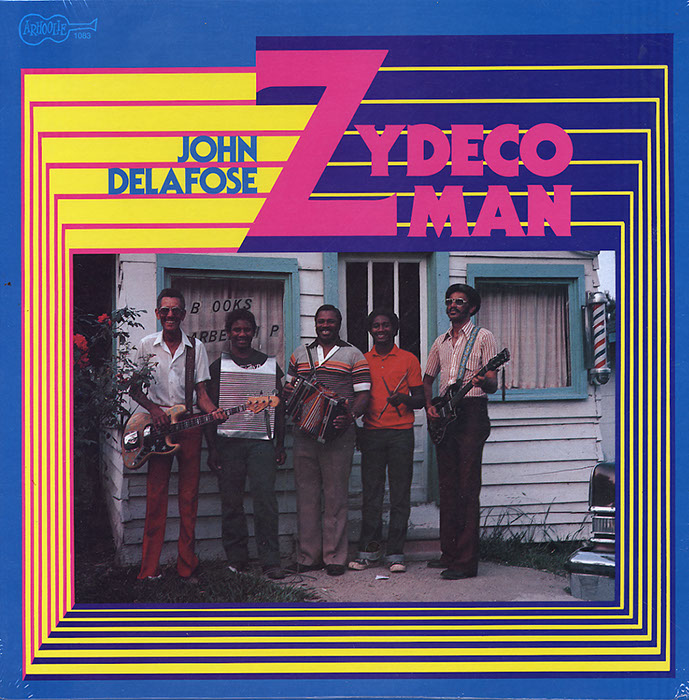 View Cart Vinyl LP $16.98
This item is original Arhoolie stock. Sold as-is.
Cajun musician John Delafose formed his band the Eunice Playboys in 1975. To describe the band’s music, he said, “We call it ‘zydeco’ when we add a rockin’ beat to just plain Cajun music.” Their infectious dance music became popular both at church dances and in roadhouses along the Louisiana-Texas Gulf Coast. This 1980 release was his first recording for Arhoolie and includes his hit “Joe Pitre a Deux Femmes” (Joe Pitre Has Two Women).