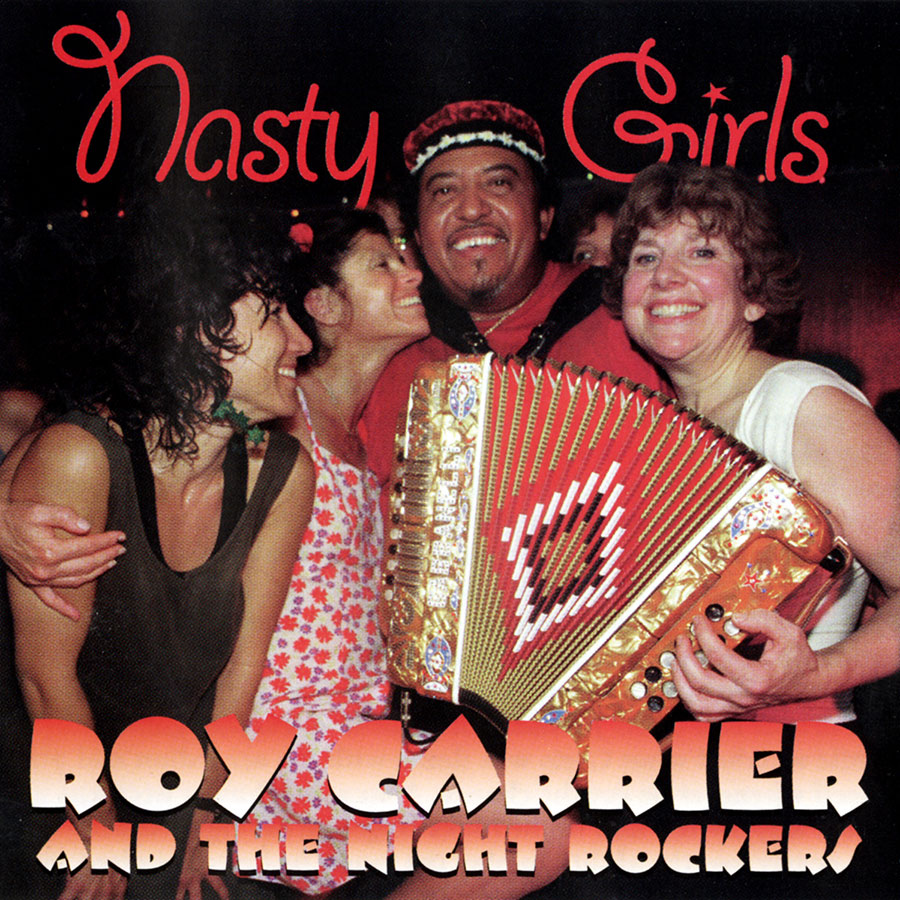 The second release from the Washington, D.C.-based label Right on Rhythm, Nasty Girls was the label's first album to feature Roy Carrier, a zydeco accordion player from Lawtell, Louisiana. Carrier hailed from a family with deep ties to the history of zydeco, sharing a common lineage with other significant zydeco families the Broussards, Ardoins, and Cheniers. Carrier's cousin, "King of zydeco" Clifton Chenier, was among Carrier's musical mentors and two of his compositions can be heard on this release. Carrier's originals, however, are the album's focus, and showcase his energetic, blues-inspired style. Over the course of its history, Carrier would go on to be the label's most-recorded artist.