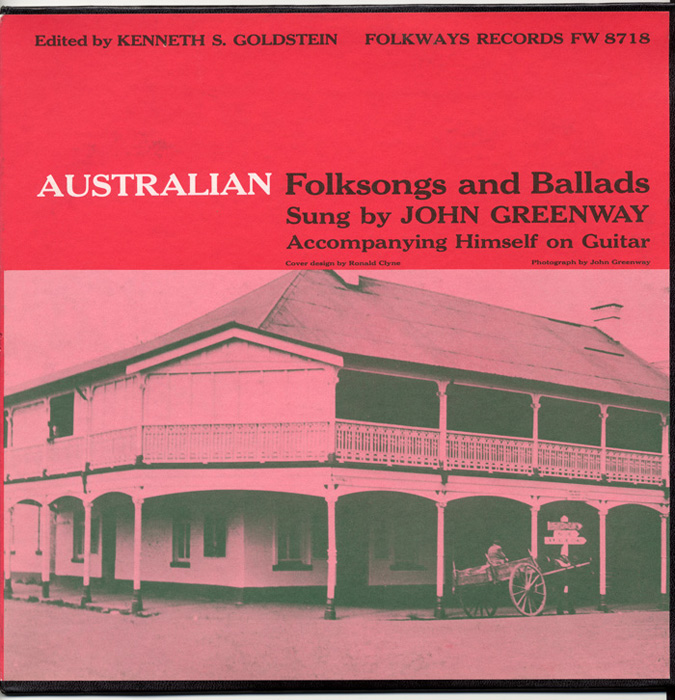 John Greenway performs a sampling of the 400 folksongs he collected in Australia. A renowned American Folklorist specializing in songs of social protest, Greenway was best known for maintaining that protest songs are folksongs as well. This album gathers a variety of folksongs that tell of Australian History and folklore. Liner notes include detailed information on each song, with an introduction on Australia’s relationship to folk music.