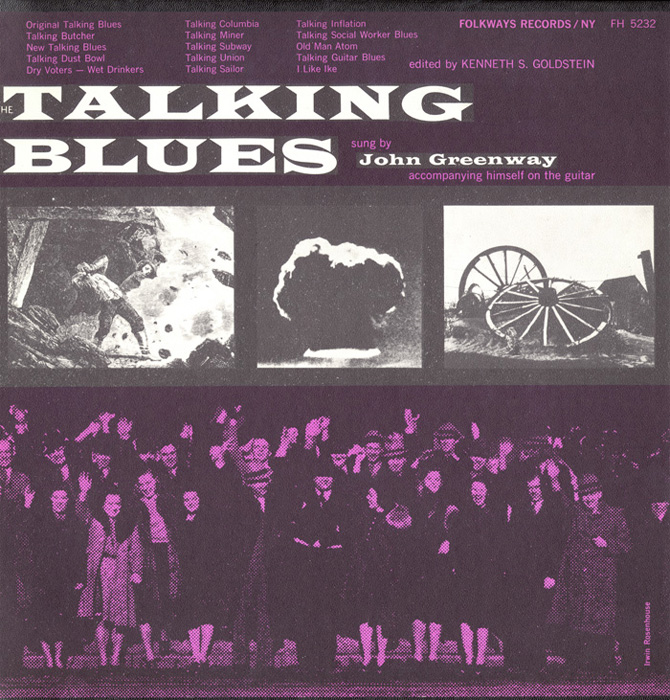 Singer and folklorist John Greenway focuses on his specialty, labor and protest songs, in this 1958 album. In addition to the "original" talking blues tune by Chris Bouchillon, which appeared on a 1926 recording, Greenway performs a number of Woody Guthrie's talking blues tunes ("Talking Dust Bowl," "Talking Subway") and The Almanac Singers' "Talking Union."

With an introduction by John Greenway, liner notes by folklorist Kenneth Goldstein include lyrics, song descriptions, and illustrations and photographs that give further dimension to the songs.