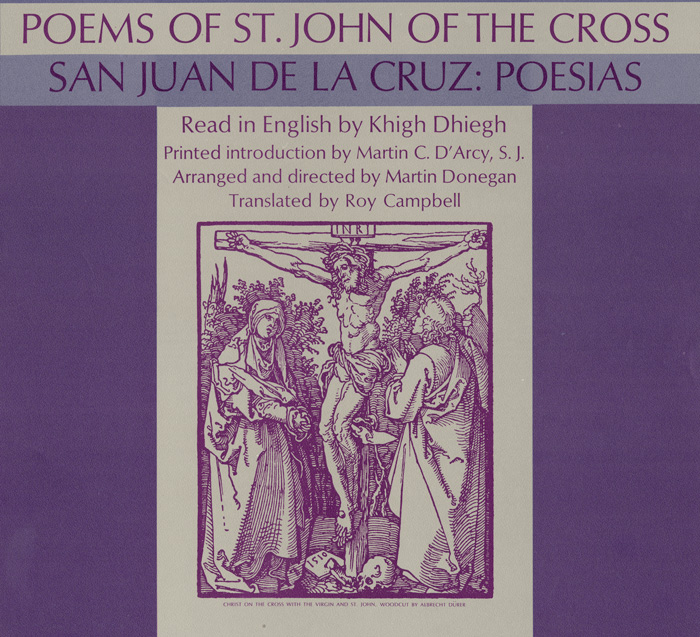 View Cart Custom CD $16.98
View Cart Digital Download $9.99
The Spanish mystic and Carmelite friar and priest, John of the Cross was known for his writing His poetry and his studies on the growth of the soul are considered one of the highpoints in Spanish literature. Two of his poems—the “Spiritual Canticle” and the “Dark Night of the Soul”—are widely considered masterpieces of Spanish poetry, both for their formal stylistic point of view and their rich symbolism and imagery. In this recording of the English translation of his poetry, American actor (The Manchurian Candidate) Khigh Dhiegh reads 11 of St. John of the Cross’s poems including “Spiritual Canticle” and “Dark Night of the Soul.” The liner notes include the original Spanish poems and their English translation.