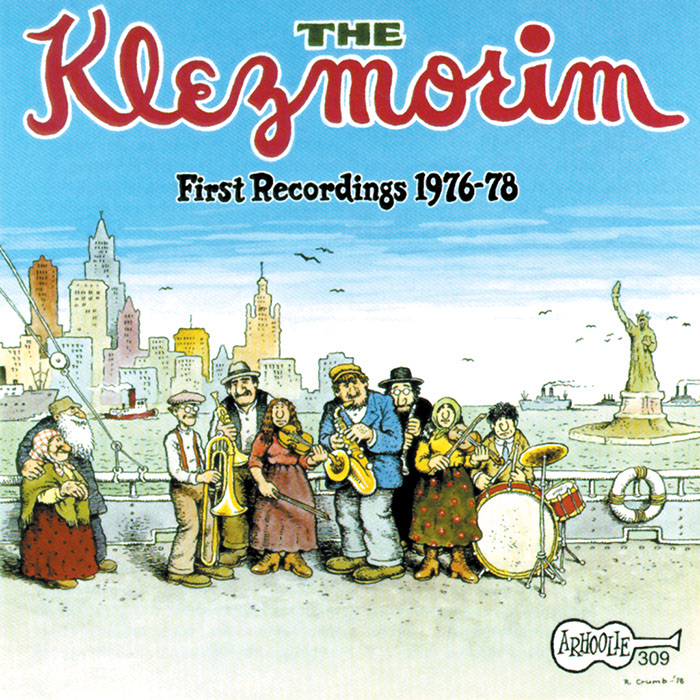 View Cart CD $14.98
View Cart Digital Download $9.99
Klezmorim was one of the first of the revivalist bands to play klezmer, the traditional dance music of Central and Eastern European Jews. The genre, which immigrants brought to the United States, incorporated Eastern European instrumental styles and American popular forms such as early jazz, but it largely faded within a generation. Klezmorim, formed by saxophonist Lev Liberman and violinist David Skuse in Berkeley, California, in 1974, sought to bring klezmer music back to life. The 1976–78 recordings presented here chronicle the start of the klezmer revival. This 1989 reissue contains the first recordings by Klezmorim for Arhoolie Records. The album cover is by noted cartoonist Robert Crumb.