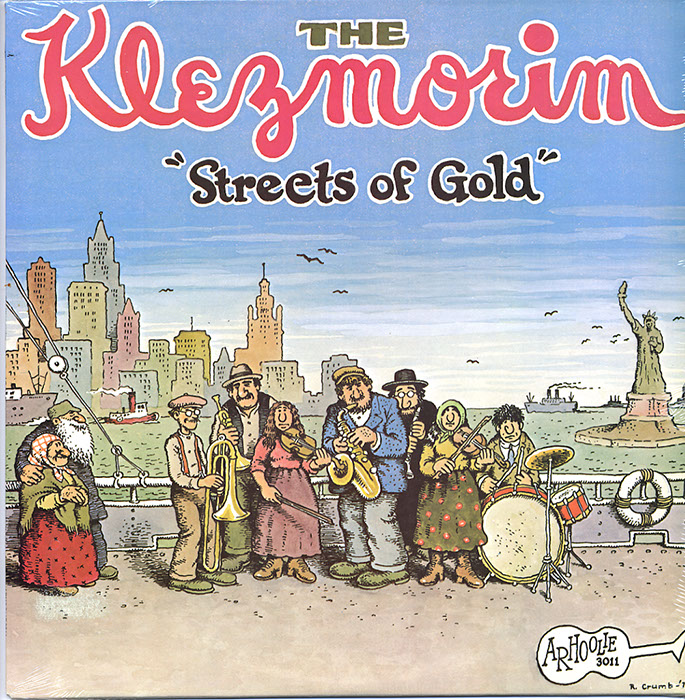 View Cart Vinyl LP $14.98
Klezmorim, formed in 1974 by saxophonist Lev Liberman and violinist David Skuse, was one of the first bands to revive interest in klezmer, the traditional dance music of Central and Eastern European Jews. This collection of music from 1976-1978 chronicles the beginning of the revival in the United States. The original cover art was drawn by noted cartoonist Robert Crumb. This vinyl release was reissued in 1989 on CD as “First Recordings 1976-1978” (ARH00309) with five additional tracks.