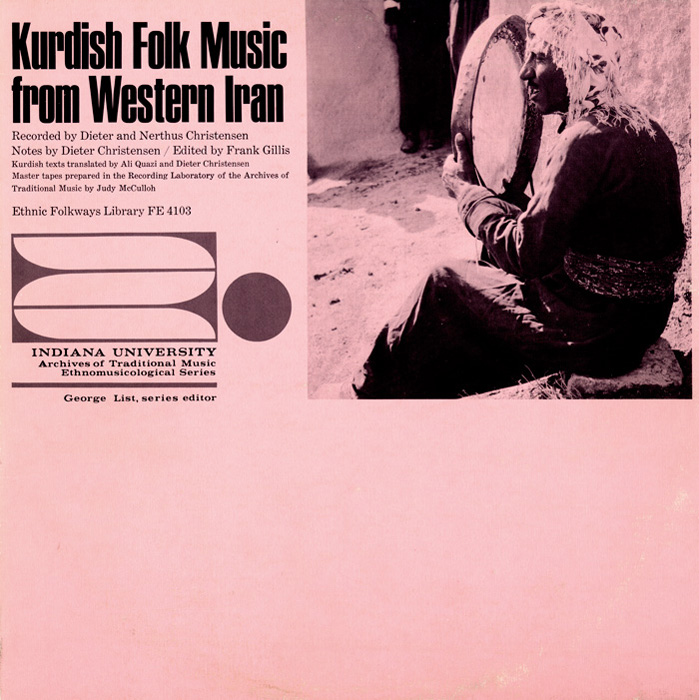 View Cart Custom CD $16.98
View Cart Digital Download $9.99
The Kurds are an ethnic people primarily living in a contiguous area of the Middle East composed of southeastern Turkey, northern Iraq, northwestern Iran, and northeastern Syria. Recorded by ethnomusicologist Dieter Christensen and his wife, this album focuses on the folk songs of Kurds living in western Iran in the early 1960s. Kurdish music is broadly divided into three types, reflecting differences in location, social strata, and the degree of professionalism. As explained in more detail in Christensen’s liner notes, urban popular music is played by professional musicians; rural music by peasants and dervishes with semi-professional status. The broadest category, which does not require that performers have special training, consists of music associated with the daily lives of the people and includes lullabies, children’s play songs, work songs, ceremonial songs, and holiday songs. Examples of all three types of music are included in this recording.