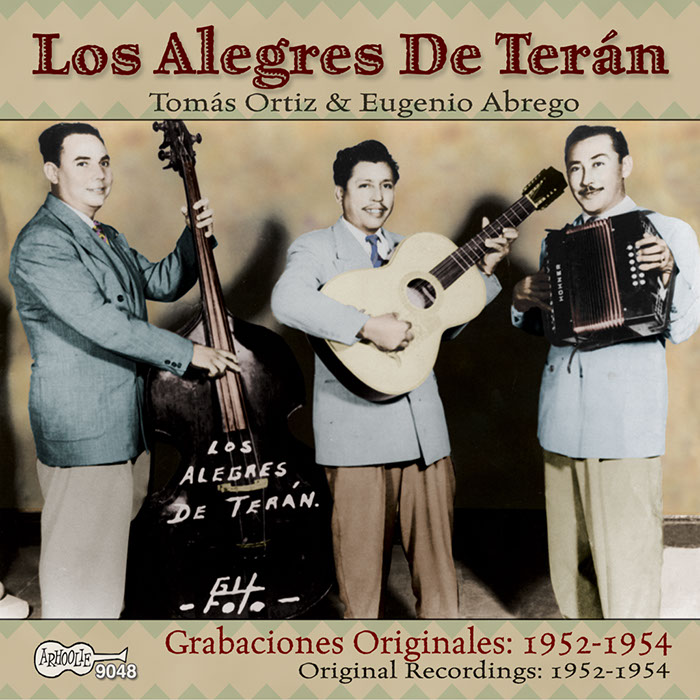 View Cart Digital Download $9.99
View Cart CD $11.98
The group Los Alegres de Terán (featuring Eugenio Abrego & Tomás Ortiz) was one of the first stars of the Mexican regional music genre Musica Norteña that began to develop in the late 1940s. Abrego (accordion and vocals) and Ortiz (bajo sexto and vocals) began performing together in the late 1940s, but it wasn’t until 1952 that they secured their first American recording contract with Falcon Records in McAllen, Texas. The band continued to perform and record into the 21st century. In 1983, Los Alegres de Terán was inducted into the Tejano Conjunto Hall of Fame. This collection features 15 of the band’s early recordings from 1952 to 1954.