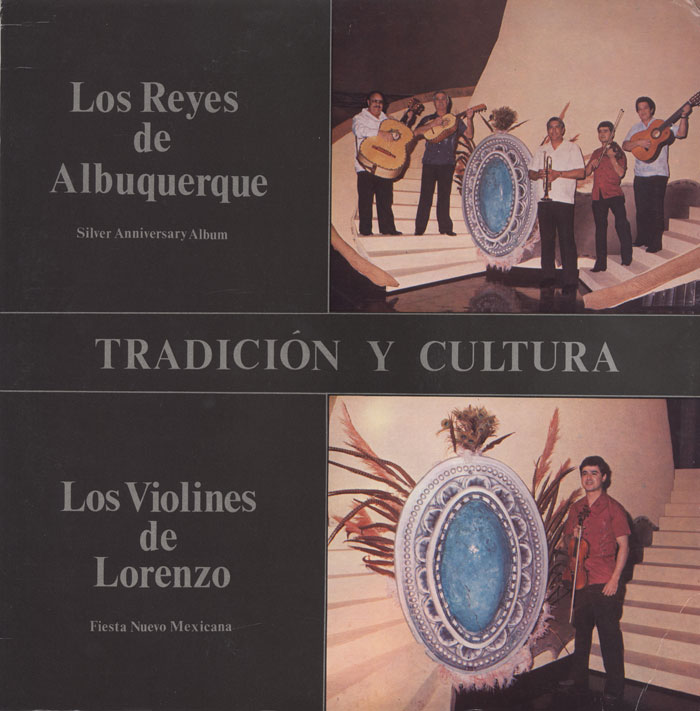 This album commemorates the 25th anniversary of Los Reyes de Albuquerque (The Kings of Albuquerque). The band plays New Mexican traditional music—a unique blend of Mexican and Anglo traditions. Side one features tunes influenced by the Mexican ranchera tradition. Side two, "Los Violines de Lorenzo," re-creates a New Mexican fiesta with typical dances that would be performed including a marcha, an indita, and various polkas.