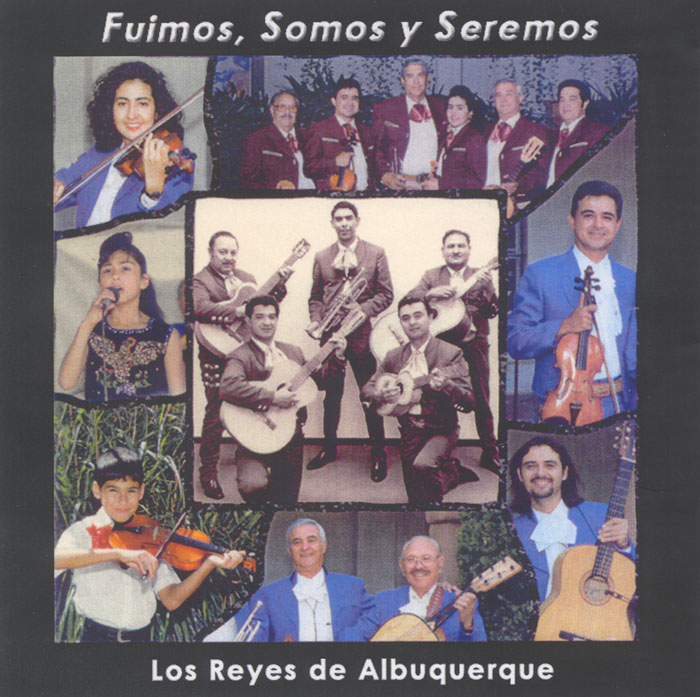 View Cart Custom CD $16.98
View Cart Digital Download $9.99
Founded in 1962, Los Reyes de Albuquerque (The Kings of Albuquerque) has dedicated itself to the "preservation, perpetuation and promotion of Hispanic music and culture in New Mexico." Twelve different artists, including four of Los Reyes de Albuquerque’s original members, are featured on this 21-song album, one of 14 albums of the band now in the Smithsonian Folkways collection. Many of the songs on Fuimos, Somos y Seremos ("We've Been, We Are, and We Will Be") deal with love lost and love pursued. Liner notes feature a brief biography of the group as well as photographs of the artists.