Steady as She Goes: Songs and Chanties from the Days of Commercial Sail 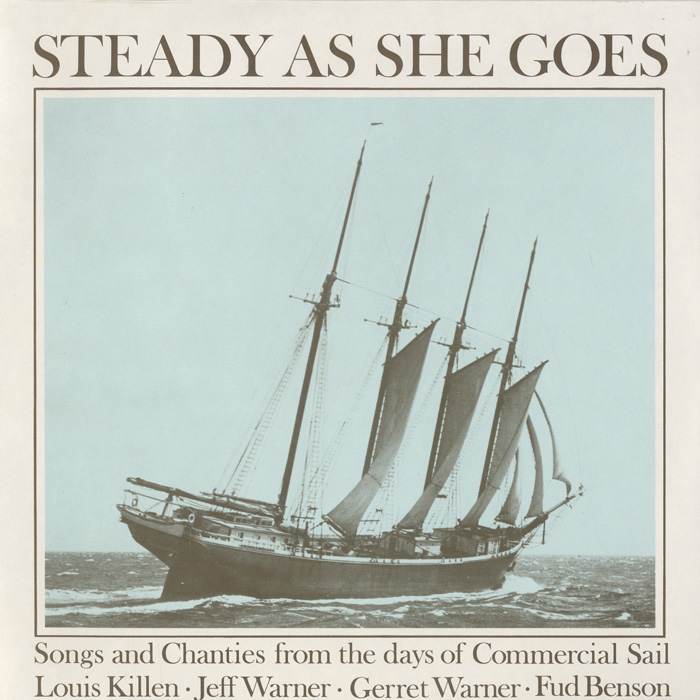 Not confined to land, Collector Records’ series on industrial folklore and folksong includes Steady as She Goes, an album dedicated to workers on the sea. During a time when a captain’s reign could be tyrannical, the work tough, and the sea unkind, the men maintained that "a song is as good as ten men." Often used in the manner of a work song in the fields, these shanties tell the tales of loneliness, families left behind, and the daily hardships of nautical life, but also about raising anchor with certain knowledge that you are heading home.