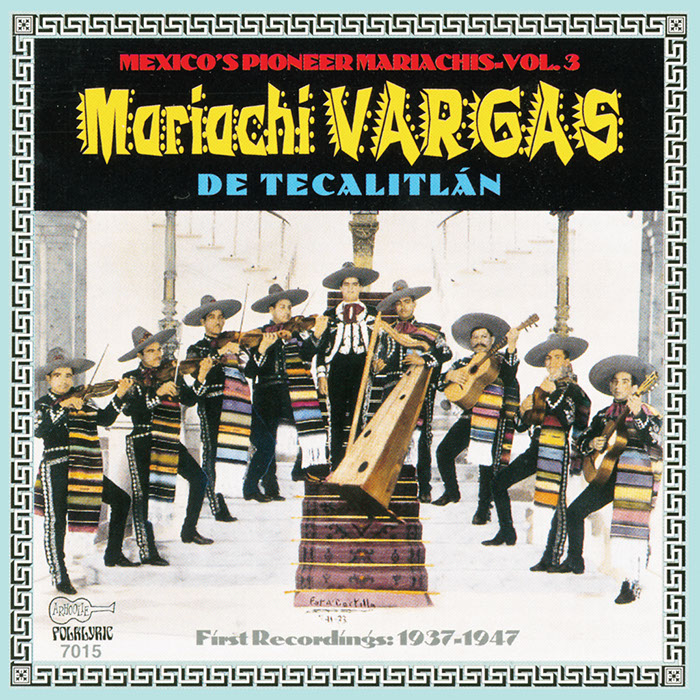 Mariachi is a genre of regional Mexican music that dates from the 18th century. Originally considered a rural music, mariachi gradually evolved into an urban form. The musical style eventually began to take on national prominence in the first half of the 20th century with the introduction of records and radio. Early mariachi bands were composed of violins and guitars. Over time, bands began to add a horn instrument to the music. By the 1930s, bands began adding a trumpet to the stringed ensemble. Mariachi bands began wearing charro outfits to identify with the music more closely. In 2011, mariachi was recognized by UNESCO as an Intangible Cultural Heritage.

In 1993, Arhoolie Records released several anthologies of early mariachi bands. Volume 3 features the music of Mariachi Vargas De Tecalitlán. Founded in 1897 by Gaspar Vargas, Mariachi Vargas De Tecalitlán is still performing in the 21st century. Under the direction of Gaspar's son Silvestre, the band won several mariachi contests in 1933 and 1934. The band was subsequently invited to play at the inauguration of Mexican President Lázaro Cárdenas. The band remained in Mexico City for the next 20 years. To successfully compete with the other premier mariachi bands in Mexico City, Silvestre ensured that the band was rehearsed, sober, and showed up on time for performances. Their first recordings occurred in 1937, followed by appearances in Mexican movies. By the end of the 1930s, Mariachi Vargas De Tecalitlán was one of the most popular mariachi bands in Mexico. This collection is representative of their music during this period.