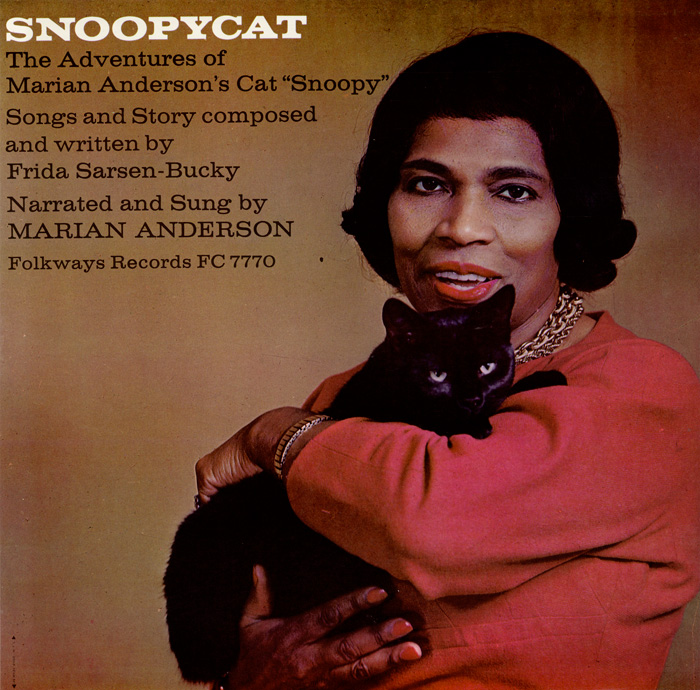 Legendary contralto Marian Anderson repeatedly broke the race barrier in classical art music, most notably when she performed on the steps of the Lincoln Memorial in 1939 after being refused a concert spot at Constitution Hall. But she also loved her cat. This is Snoopycat’s story, written by Frida Sarsen-Bucky and narrated and sung by Anderson.