They Moved My Job to Georgia or Was It Tennessee? 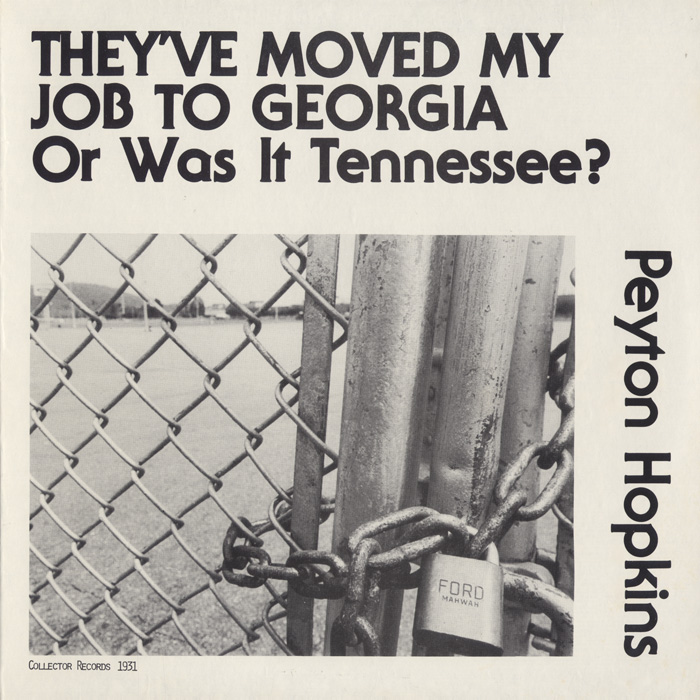 Singer/songwriter Peyton Hopkins specializes in hard-hitting labor union songs. He knows the struggles of the worker well; his father was an autoworker in Detroit and participated in the 1937 Ford plant strikes.

Not one to mince words, Hopkins' lyrics are defiant. In this recording, the first of two that he made for Collector Records in the 1980s, he appears before a live audience of workers, and introduced most songs with a few pertinent remarks. He accompanies himself on guitar, playing left-handed, sometimes with mouth harp accompaniment by Lee Roth.