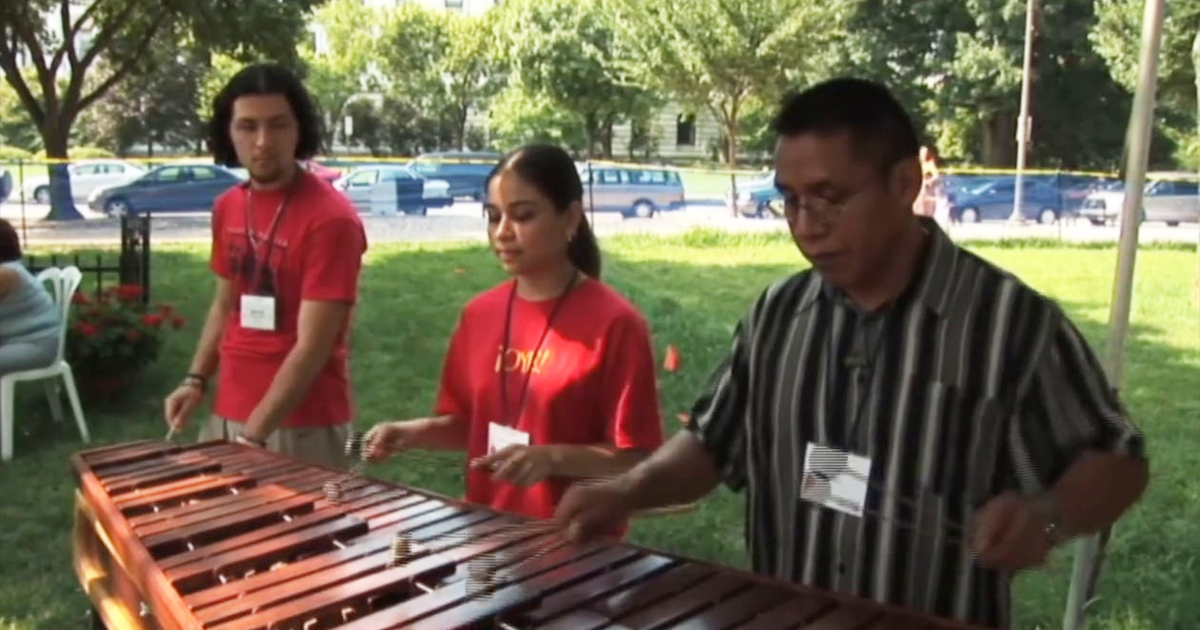 The marimba is a large, wooden instrument from West Africa. Enslaved Africans carried the marimba tradition with them to Latin America, where it became an integral part of Latin American music, particularly in Guatemala. Traditional marimba music serves as a link between young Guatemalans living in the U.S.A. and Guatemalan culture. Carlos Mejía, a master marimba player, founded the group Ixchel in Chicago, Illinois, to teach youth about their culture and heritage through music. Katalina Trujillo and Víctor Zacbé Pichardo accompany Mejía as they perform traditional and contemporary marimba songs from Guatemala and Mexico.