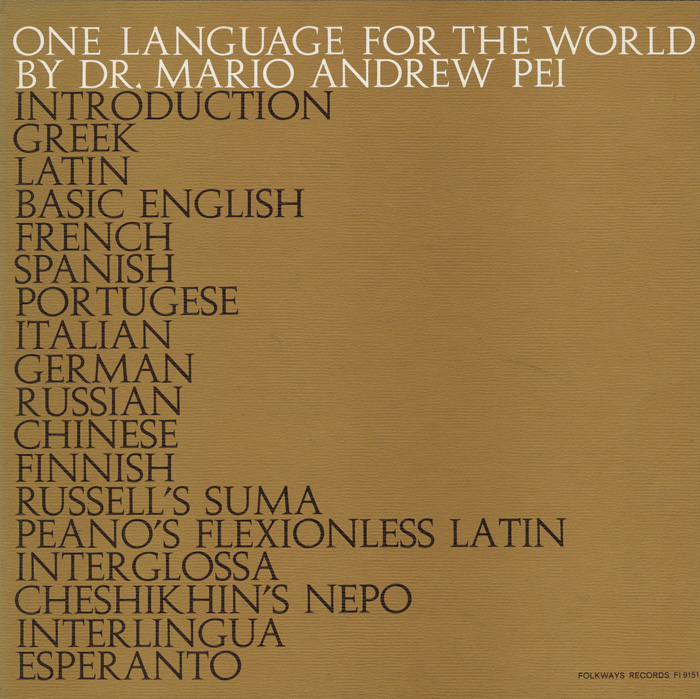 Dr. Mario Andrew Pei, linguist, teacher, and author of many books and articles on language, released this 1961 album in order to educate people on language. In addition to about 3,000 "natural" languages spoken today, he notes, there are at least 700 constructed languages created since the 17th century--computer programming and Esperanto are two examples. Languages whose history and sound Pei presents on this album include Greek, Latin, English, French, Spanish, Portuguese, Italian, German, Russian, Chinese, Finnish, Russell's Suma, Peano's Flexionless Latin, and Interlingua. The liner notes provide Pei's biography, and a transcript of the recording.