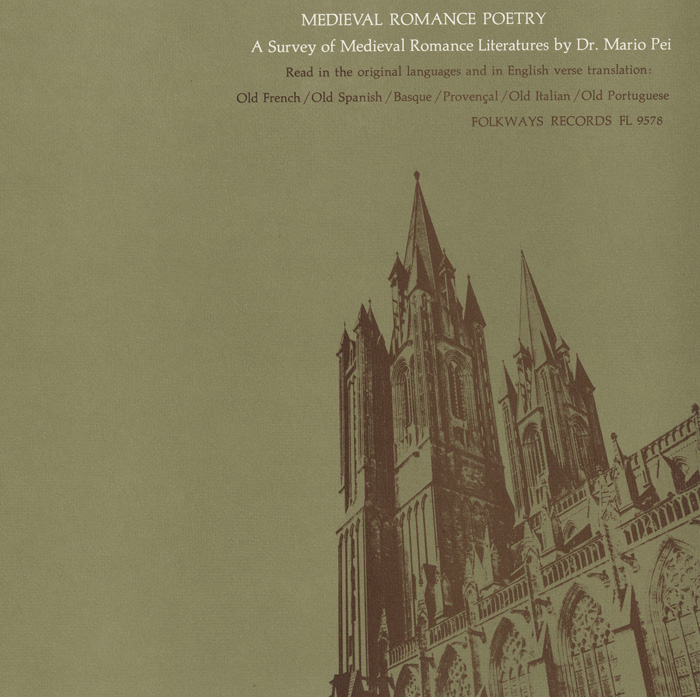 Professor of Romance Languages Dr. Mario Pei (1901-1978) presents a lecture on the romance poetry of the European medieval period, a period spanning the time from Charlemagne (circa 800 AD) to the beginning of the Italian Renaissance (circa 1400 AD). The earliest of these poems was the “Song of Roland” (“La Chanson de Roland”). This epic poem tells of the Battle of Roncevaux and of the death of Roland, a trusted ally of Charlemagne. This poem became the model for similar poems including the Spanish poem “El Cantar de mio Cid” (“The Song of my Cid”). Professor Pei reads the poems in their original language and in English. The liner notes provide the complete text of the lecture.