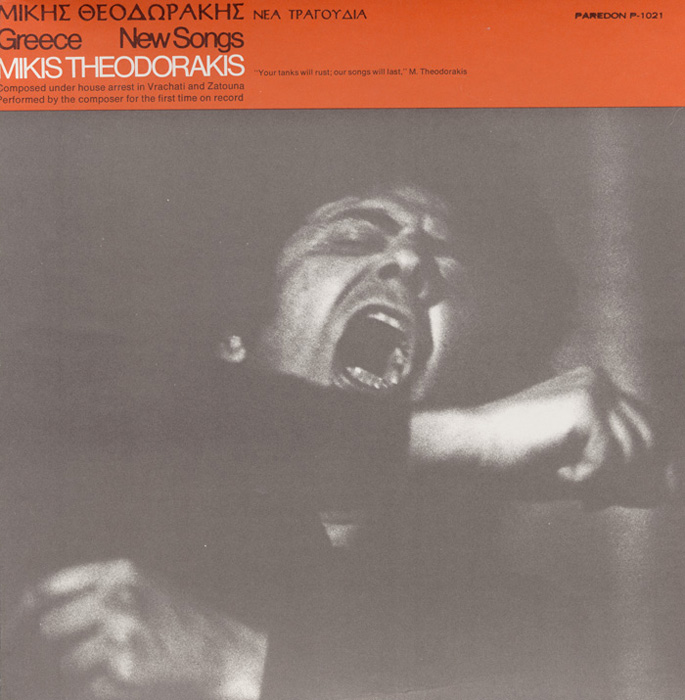 View Cart Custom CD $21.98
Composer, performer, and political activist Mikis Theodorakis is perhaps best known for the film score of Zorba the Greek (1964); his hundreds of compositions also include modern Greek symphonic and chamber music. His political opposition to the Greek military junta (1967–1974) caused him to be imprisoned and later exiled, and his music was banned in Greece during this period. In this collection of political and protest songs, Theodorakis is the sole performer, singing and playing piano. The liner notes contain a biographical sketch in English and song lyrics in Greek and English.