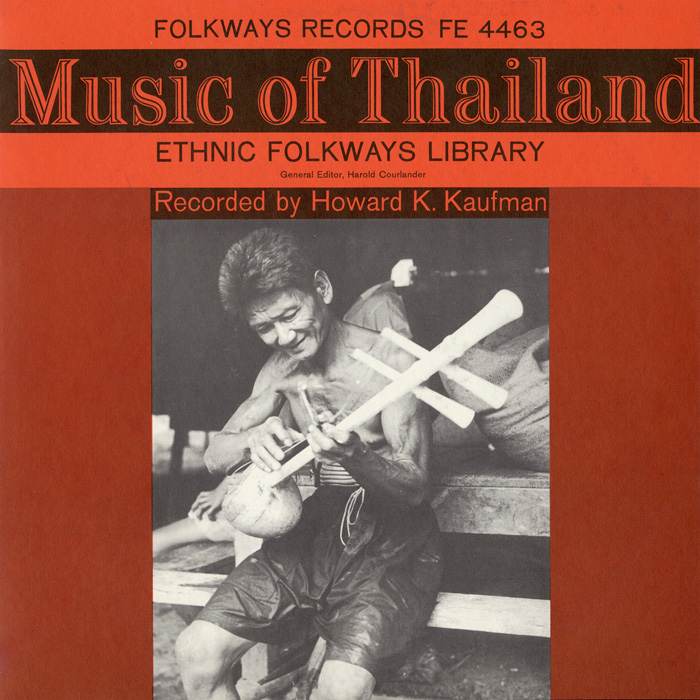 View Cart Custom CD $16.98
View Cart Digital Download $9.99
The folk music of Thailand is influenced by India and to a lesser degree by China. Like its geography, the music of Thailand is divided into four regions with each region having their own distinctive style and flavor. Music is performed primarily as entertainment in connection with Buddhist festivals. These field recordings were made by Howard Kaufman in the 1950s. He noted that the traditional music of Thailand was beginning to vanish due, in part, to the “westernization” of the country.