Music of the Waswahili of Lamu, Kenya, Vol. 1: Maulidi 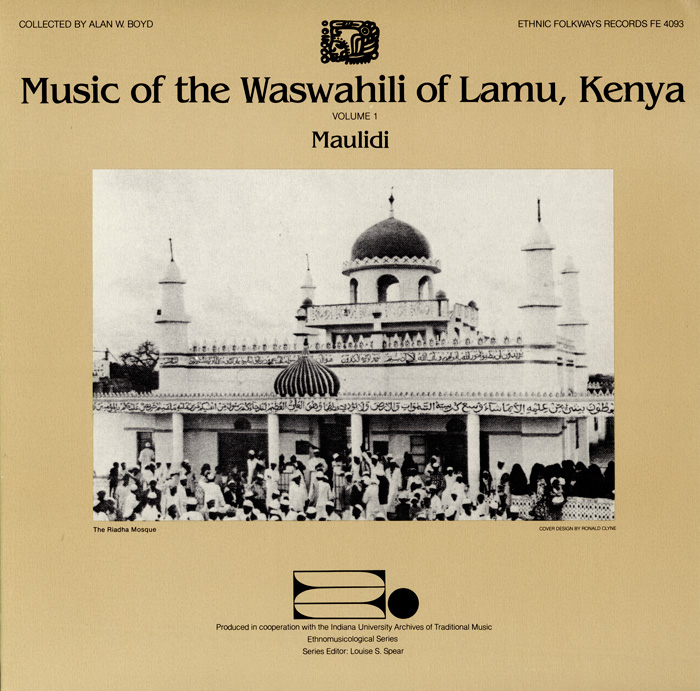 This is the first of three volumes of field recordings of sacred and secular music of the Waswahili (“the Swahili people”) recorded by Alan W. Boyd in 1976–1977 on the Lamu archipelago located off the coast of Kenya. The music of Volume 1 contains examples of five forms of maulidi, a Muslim ritual celebrating the Prophet Muhammad’s birth with music and readings. According to the detailed liner notes, “Different groups and individuals in Lamu have their favorite styles [of maulidi], which are used at various times and on different occasions, but nearly everyone in Lamu would heartily agree that maulidi is … their most treasured musical form.” Instruments that may be used in sacred musical performances are the matari, a tambourine-like frame drum, and the nai, a small, end-blown flute; chanting and hymns also may be performed without instrumental accompaniment.