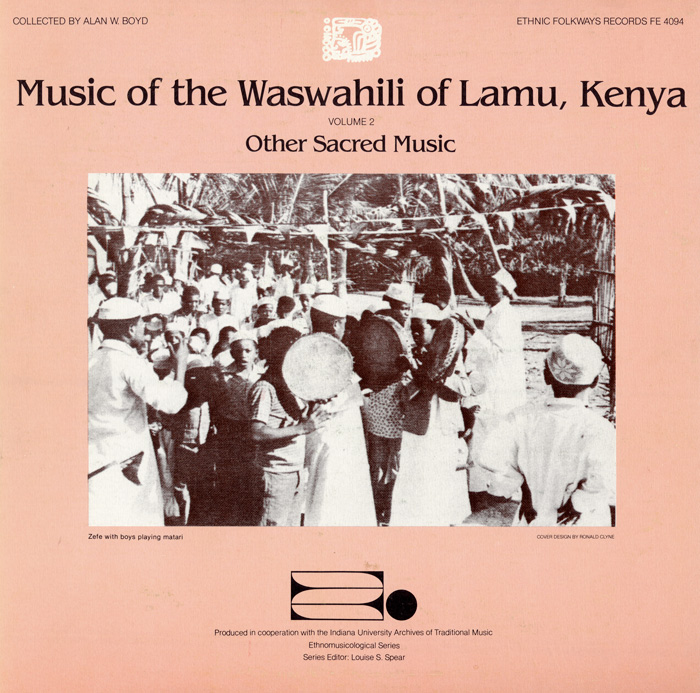 Lamu Old Town is the oldest and best preserved Swahili settlement in East Africa and is considered a leading center of Islamic and Swahili cultures. In 2001, Lamu Old Town became a UNESCO World Heritage Site.

With the exception of the funeral procession, the musical forms on this recording are closely related to maulidi, a Muslim ritual marking the birth of the Prophet Muhammad and the most prevalent musical form in Lamu. (See Vol. 1, Maulidi, FW04093.) In the funeral chants, “the contrast between praise and sorrow… is a clear expression of the religious convictions that permeate Lamu society and the tragedies that affect the lives of every man and woman.” In-depth liner notes also include historical information and maps.