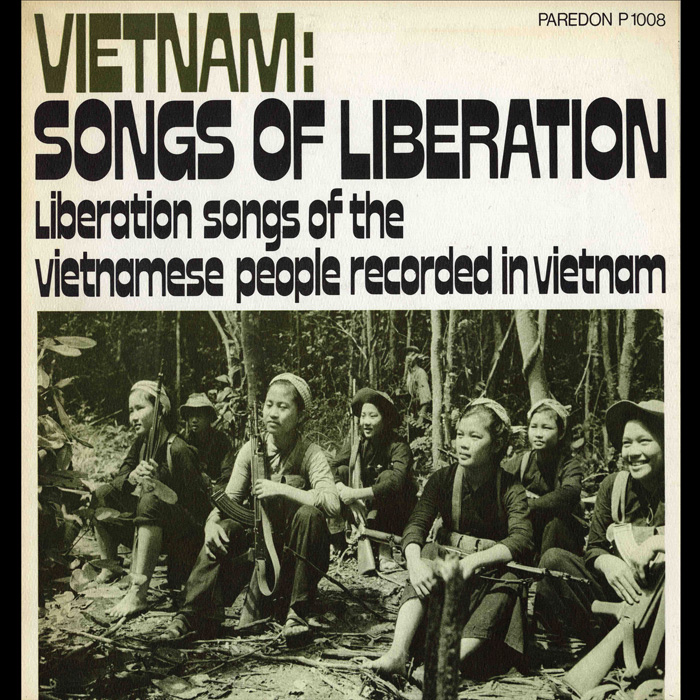 View Cart Custom CD $16.98
View Cart Digital Download $9.99
The Vietnam War, known in Vietnam as the Resistance War Against America, began in 1955 and continued until the fall of Saigon on April 30, 1975. In 1971, Paredon Records released a recording of political songs from North Vietnamese sources celebrating efforts of the National Liberation Front (NLF) against America’s involvement in the war. Several songs were composed following the 1967 Tet offensive (“Marching into Saigon” and “Chanting Our Victory”). None of the performers are identified in this recording. Musical instruments heard here are both native to Vietnam and imported from the West. The liner notes provide background information about each song with English translations of the lyrics.