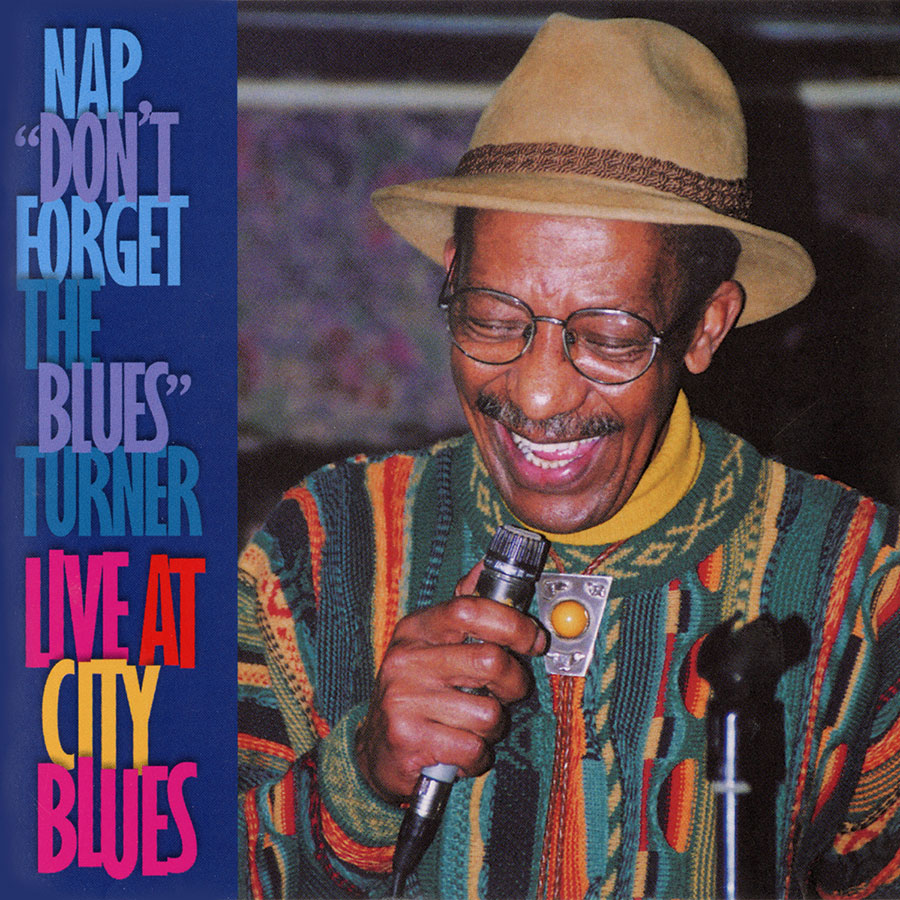 At age 14, inspired by the burgeoning jazz and blues scene of Washington, D.C's 14th and U Streets in the mid 1940's, Nap Turner built his own bass from a five-gallon Pepsi syrup can, wood floorboards, and a clothesline. It is with this instrument that Turner got his start playing the city's clubs, coming into contact with the likes of Sonny Stitt, Charlie Parker, and Gene Ammons. In the ensuing decades, Turner would struggle to develop his craft while battling drug addiction, eventually kicking his habit in the 1970's and re-integrating himself into the city's music scene as an award-winning DJ for Washington's premier Jazz station, WPFW. Having never released recordings before 1995, Live at City Blues marked Turner's first solo album and features his exceptional interpretations of Jimmy Reed, E.J. White, and his chief influence, Percy Mayfield.