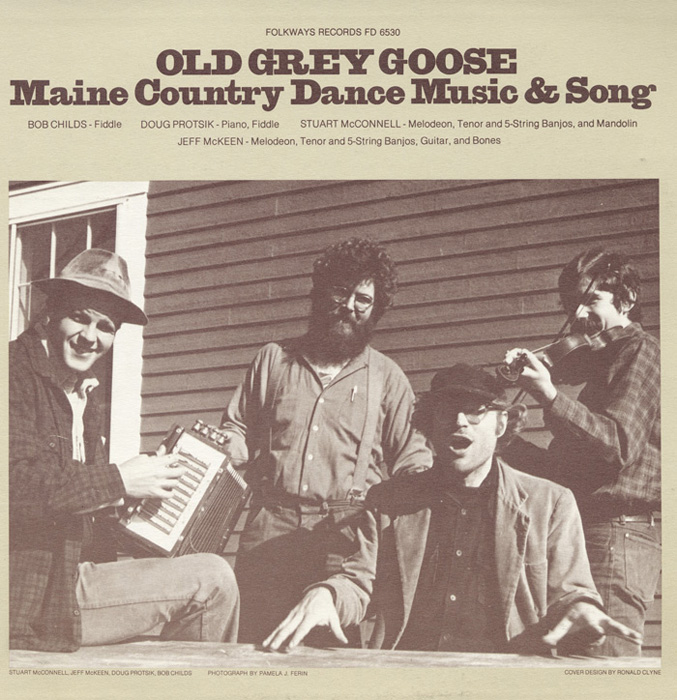 Maine-based folk band the Old Grey Goose took its name from a 1953 Chevy they drove on their first southern tour in 1977. With a repertoire of dance tunes and songs from New England and Canada, the band does not attempt any fancy arrangements, preferring instead to play the music in a traditional style. The very act of traveling to perform for local dances is a tradition the group also honors. They employ a range of traditional string band instruments (fiddle, banjos, mandolin, and guitars) as well as melodeon. Only two tracks feature lyrics: “Wait for the Wagon” and “Sweet Rosey O’Grady.” Liner notes from this 1980 recording contain a brief profile of Old Grey Goose and their history as a band, followed by short descriptions of each track.