Along the Crooked Road 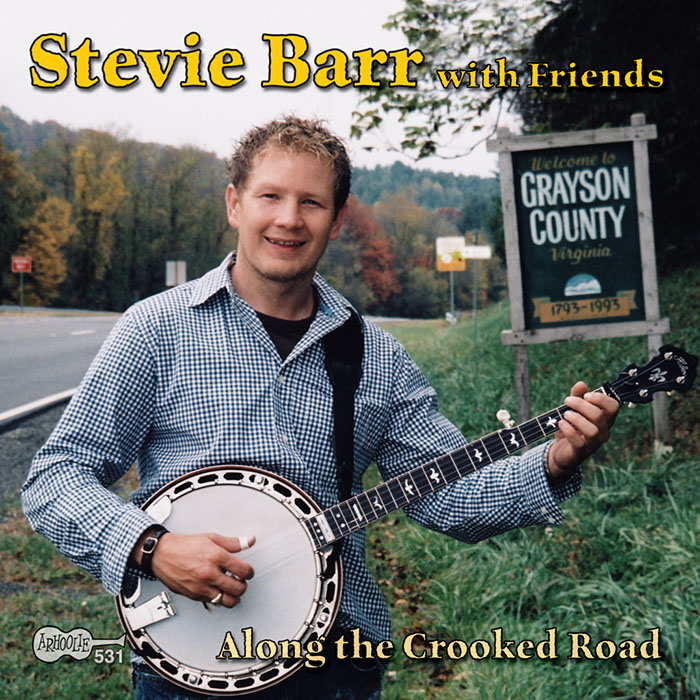 View Cart CD $14.98
View Cart Digital Download $9.99
Galax, Virginia, is considered by some to be the center of traditional “old-time” Appalachian music. It also lies on “The Crooked Road,” a 300-mile musical and cultural route that winds through southwest Virginia. Banjo player Stevie Barr was born and raised in Galax and has been playing old-time music since he was four years old. Barr’s first album for Arhoolie was Sweet Virginia (ARH00521) with his band No Speed Limit; it was released in 2006. On his second recording, Barr joins with his Crooked Road friends in a celebration of traditional Appalachian string band music. The liner notes include Barr’s comments on his many musical friends.