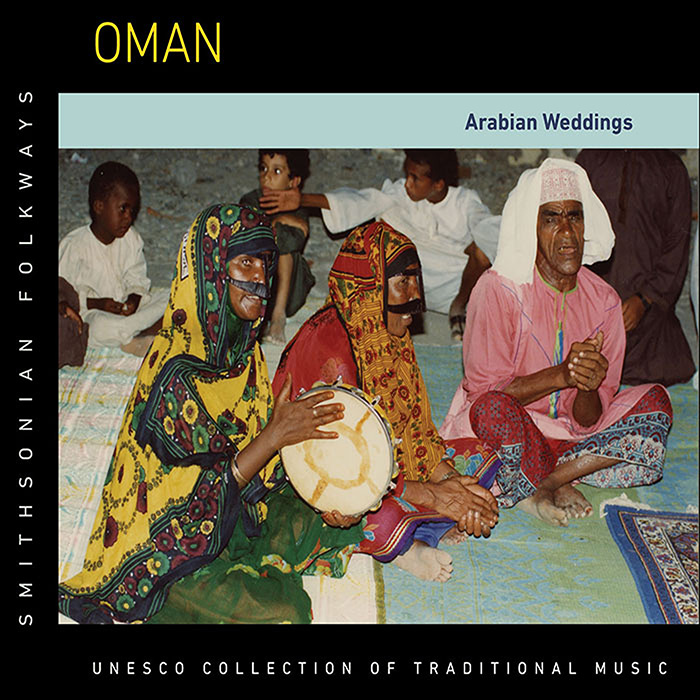 Arabian weddings in Oman are multi-day celebrations involving hundreds of participants, announcing to the community a union between two individuals, families, or tribes. In a rapidly modernizing society, weddings are also occasions for Omanis to keep their distinctive regional arts alive. This recording features a diverse assortment of performances by organized groups, which combine singing, poetry, dancing, and instruments including cymbals, drums, a conch trumpet called jim, and the oboe-like mizmar.

Recorded in 1990, this previously unreleased album from the UNESCO Collection of Traditional Music captures the sounds of a typical wedding of Omani Arabs in the Batinah, the northern coastal region of Oman.