Oman: Traditional Arts of the Sultanate of Oman 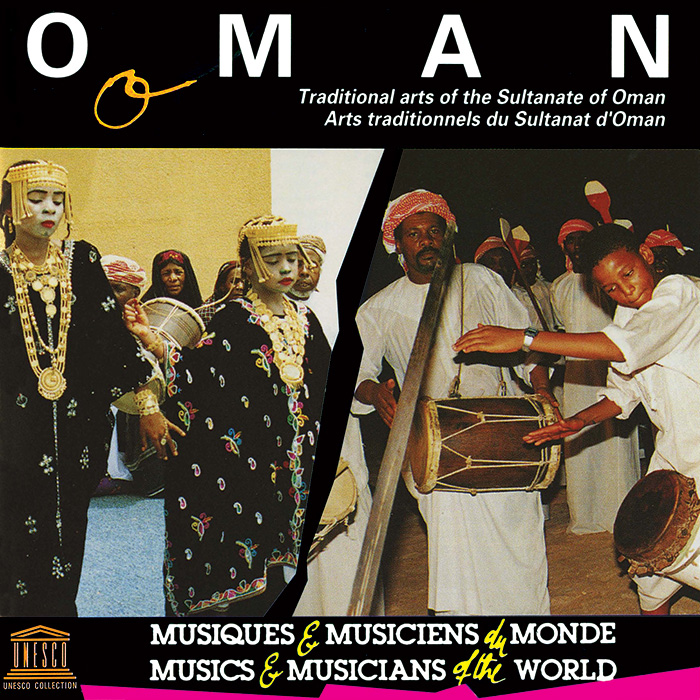 View Cart Custom CD $16.98
View Cart Digital Download $9.99
In the 19th century, Oman extended into parts of the East African coast, along the Arabian Gulf, and on the Makran coast of what is now Pakistan. Although the country’s borders are smaller today, the culture retains many influences from its former African, Asian, and Arabian territories and its location on major trade routes. In addition, the Sultan's court and government entities, including national television, play important roles as patrons of the performing arts.

The musicians on this album are professional or semi-professional, but historically, social music in Oman was performed by slaves or servants. Traditionally, there were many occasions for musical performance beyond life-cycle rituals and prayers, but some, such as communal manual labor, have lapsed into irrelevance with the modernization of Oman in the 1970s, according to the liner notes. The recordings on this album, made by Dieter Christensen in 1990 and 1991, range from chanting poetry and sword dances (razhah) to praise poetry and sailor songs, representing the country’s rich heritage and regional variations.