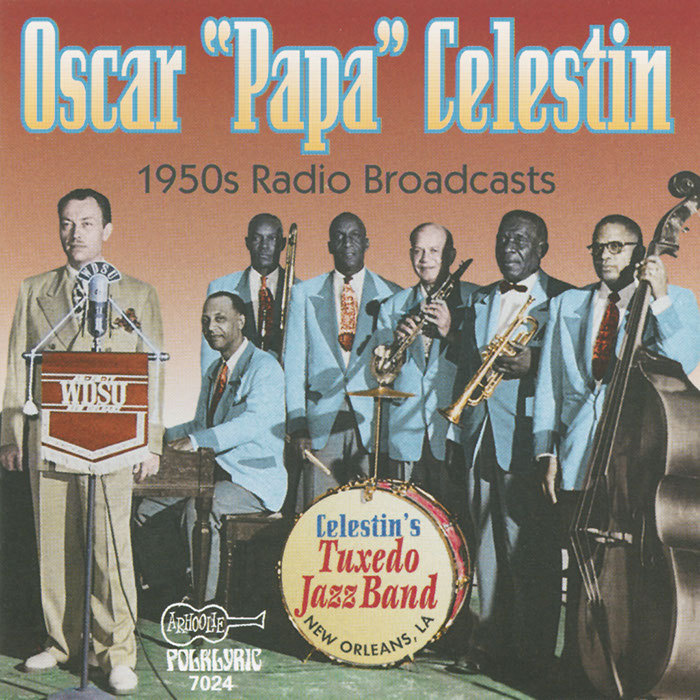 View Cart CD $14.98
View Cart Digital Download $9.99
Trumpeter and vocalist Oscar “Papa” Celestin (1884–1954) was one of the pioneers of New Orleans traditional jazz. The leader of the Original Tuxedo Orchestra (later the Tuxedo Jazz Orchestra), he made his first recordings in 1925. Following the end of World War II, Celestin regrouped the band and began performing in New Orleans hotels and clubs. The band’s popularity led to a weekly broadcast on coast-to-coast radio. This release features many of those weekly broadcasts.