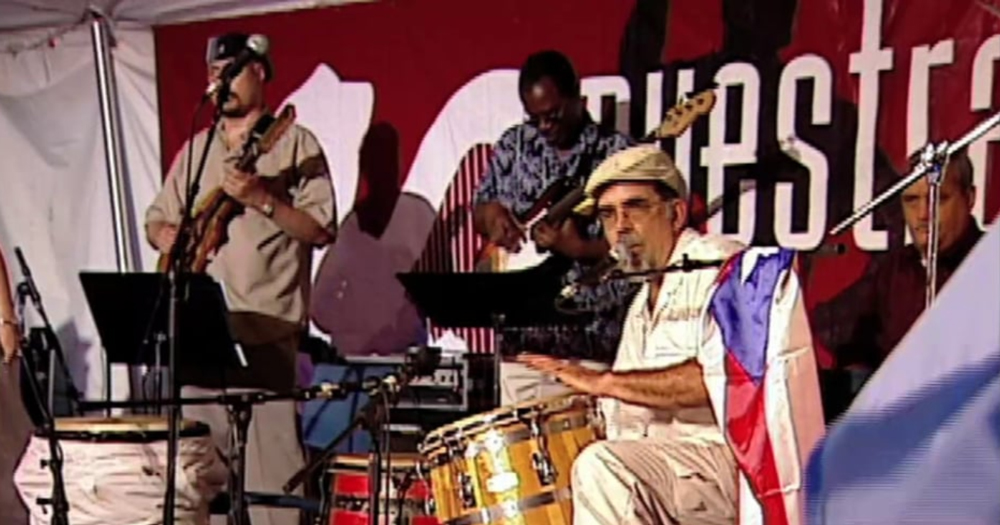 Los Pleneros de la 21 gelled as a group in 1983, when conservatory-trained percussionist Juan "Juango" Gutiérrez followed his pride in his Puerto Rican culture and assembled a group of street-corner musicians in New York City to perform the signature genres of Afro-Puerto Rican music: bomba and plena. The group took its name from a bus stop in Santurce, Puerto Rico, one that identifies a neighborhood known for its plena musicians. This live performance at the 2005 Smithsonian Folklife Festival presents the rich instrumentation blended with rhythms and melodic lines as well as the festive mood with which this music is usually associated.