What makes a poem sound pleasing to the ear? A solid rhythm for one thing—something we know a good song also depends on. There are two poetic forms that began as song forms: the ballad stanza of British and American literature and the blues stanzas of Harlem Renaissance poet Langston Hughes.

Ballads, or "story songs," have been around for centuries. Many of the best loved were sung first in the Middle Ages, and the tradition continues in modern songs. Ballad lyrics have a unique structure and rhythm. The traditional ballad stanza has four lines called a quatrain. The first and third lines have eight syllables; the second and fourth, the rhyming lines, have six. What we count, however, is the rhythm of the lines themselves, the beat. Most verse in ballad form is iambic. An iamb is a metrical foot in which a weak syllable precedes a stressed syllable, sounding like a heartbeat (bum BUM). The first and third lines of a ballad stanza have four stressed beats, and the second and fourth have three. The rhythm is clear when the lyrics of the traditional ballad "The Unquiet Grave" are written with the stressed syllables in capital letters:

You can follow the ballad rhythm in the first two song samples on the right.

The ballad's structure—four stressed beats (iambic tetrameter) followed by three stressed beats (iambic triameter)—is well suited to tell a dramatic story in simple terms. The short line makes a point, concludes a thought, or provides a punch line, and we move on. Poets in the late 18th and early 19th centuries found the ballad form easily translated to written works. They used the stanza to create narrative poems with stirring and dramatic effects. The rhythms of the ballad stanza can be heard in the poems of Rudyard Kipling and John Keats. Though the number of syllables may vary, the ballad rhythm remains firm.

Another recognizable song structure in popular music is the African American blues stanza. The intention of the lyrics is to express an emotion. The blues rhythm originated in African American field hollers and work songs, and some trace it to centuries-old songs by griots of West Africa. Here is a stanza from Lead Belly's "Good Morning Blues":

There are generally three lines in the blues stanza—the second line repeats the first, and the third line brings home the rhyme. The lyrics are usually set to twelve bars of music in 4/4 time. While the lyrics of the blues are rarely in a structured meter like the ballad stanza, the music often has a driving beat that is not unlike the heartbeat rhythm of the iamb: bum Bum, bum Bum, bum Bum, bum Bum.

The first to recognize the potential of the blues as written poetry was Langston Hughes, who was born in Joplin, Missouri, in 1902. When he was eleven years old, he heard the blues coming from an orchestra of blind musicians on Independence Avenue in Kansas City. Hughes moved to the East Coast in 1921 and heard the music again, in clubs on Lenox Avenue in Harlem, New York, and 7th Street in Washington, D.C. "I tried to write poems like the songs they sang on 7th Street," he remembered in his autobiography The Big Sea. Those songs "had the pulse beat of the people who keep on going." The blues stanza allowed Hughes to convey the African American experience in people's own vernacular language. 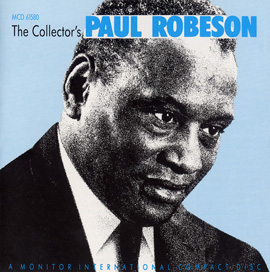 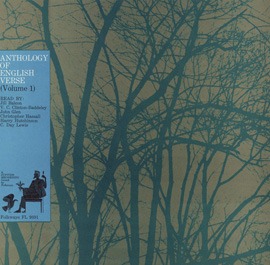 The Story of the Blues
Langston Hughes
Audio 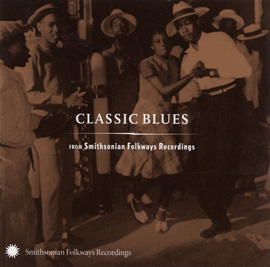 Oh Baby, You Don't Have to Go
The Chambers Brothers