Poetry of Friedrich von Schiller: Read in German by Kinski 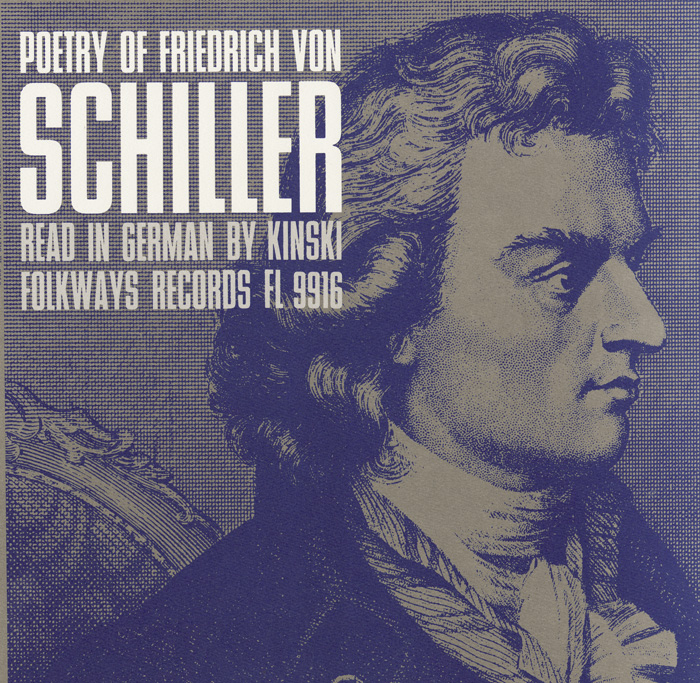 View Cart Custom CD $16.98
View Cart Digital Download $9.99
Johann Christoph Friedrich von Schiller (1759 – 1805) was a German poet, philosopher, physician, historian, and playwright. His philosophical outlook was based on ethics and aesthetics with moral freedom and self-discipline being the highest values man could aspire to. Morel virtue and conflicts are the themes of the five poems read in this recording. The poems are read in German by Kinski with liner notes prepared by Professor Eric Bauer.