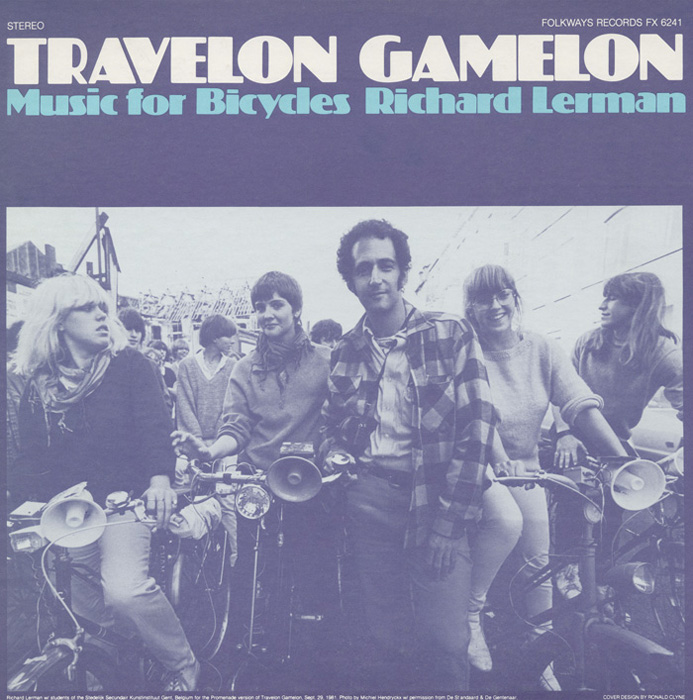 This early (1982) project from Arizona “Audio Artist” Richard Lerman presents musical composition performed with bicycles. Lerman explains: “A gamelan orchestra is a large group of percussive instruments, usually metallic, from SE Asia. In fact, the sound of such a group is not unlike the timbre of amplified bicycles.” With such an idea, he embarks on a project that captures the amplified sounds of moving bicycles in harmonious rhythms creating songs. Liner notes include detailed information on how the album was recorded (i.e. 25 individual battery powered amplifiers attached to each bike), with photos and diagrams.