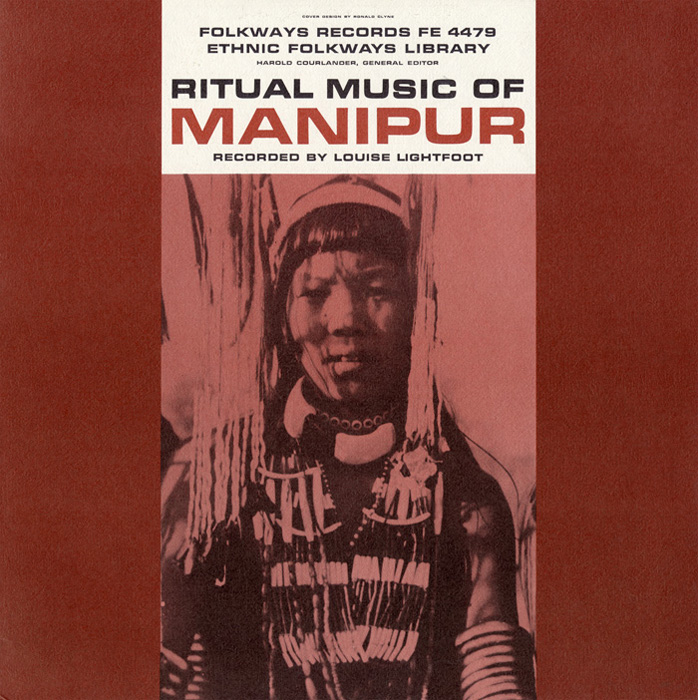 View Cart Custom CD $16.98
View Cart Digital Download $9.99
Released in 1960, Ritual Music of Manipur (India) features spiritual and devotional songs from Manipur state in northeastern India. Around 250 years ago Hinduism came to Manipur from Bengal, and the majority of the population now belongs to the Vaishnava sect of Hinduism. The liner notes include a history of Manipur's religion, explanations of each song, and black-and-white photographs of the region's religious rituals.