Poems for Peace: A Benefit Reading for the New York Workshop in Nonviolence 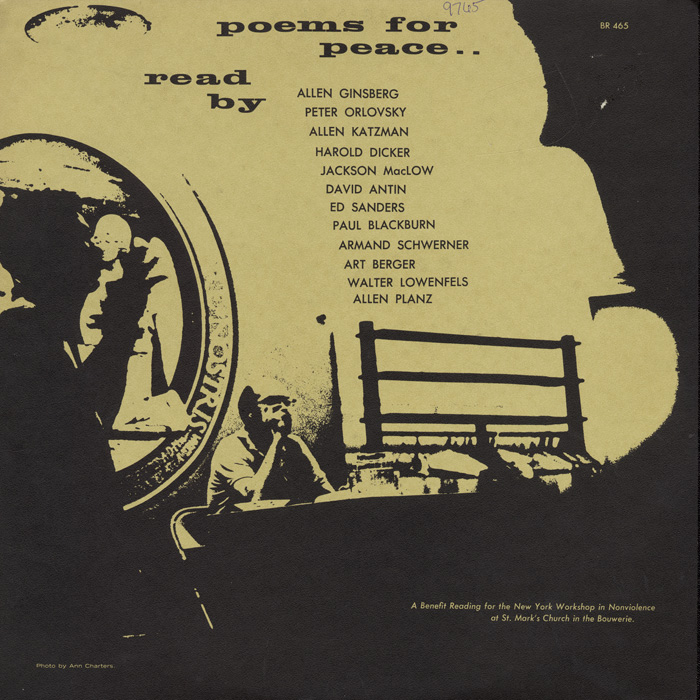 View Cart Custom CD $16.98
View Cart Digital Download $9.99
Steeped in the reality of America’s involvement in the Vietnam War, Poems for Peace features a series of avant-garde, beat, and hippie poets on the themes of war, racial violence, and American modernity. Recorded in support of the New York Workshop in Nonviolence, the 1967 album kicks off with the stream-of-consciousness work of the legendary Allen Ginsberg. From there, listeners are treated to an array of poets, including Walter Lowenfels, Armand Schwerner, Ed Sanders, and Jackson Mac Low. For reference the liner notes include the text of most poems, which often exhibit experimental formatting.