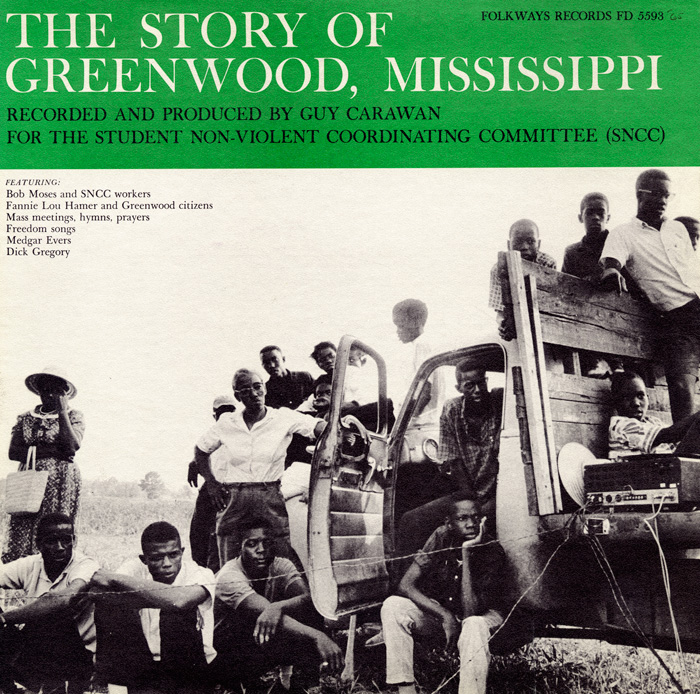 The Student Non-Violent Coordination Committee (SNCC) was an organization based in Greenwood, Mississippi that fought for voter registration rights for African-American citizens. Powered by the relentless and courageous efforts of young activists, SNCC assembled more than 80,000 Blacks to vote in the Freedom Ballot campaign of 1963. SNCC organized the campaign in order to allow African-American voters to participate in an election process from which they had long been forced out, and to allow them to support a candidate of their choice. This recording, narrated by SNCC co-founder Bob Moses, is a compilation of testimonies highlighting the struggle endured by African-Americans in SNCC during this time. Voter Cleveland Jordan explains the intent of those involved perfectly when he says, "We don’t mean to fight and we don’t mean to run. We just mean to go to the polls and get our freedom."

RELATED LESSON PLAN
"Singing for Justice: Following the Musical Journey of “This Little Light of Mine”"