Roberto Martínez: In Appreciation of a Musical Life 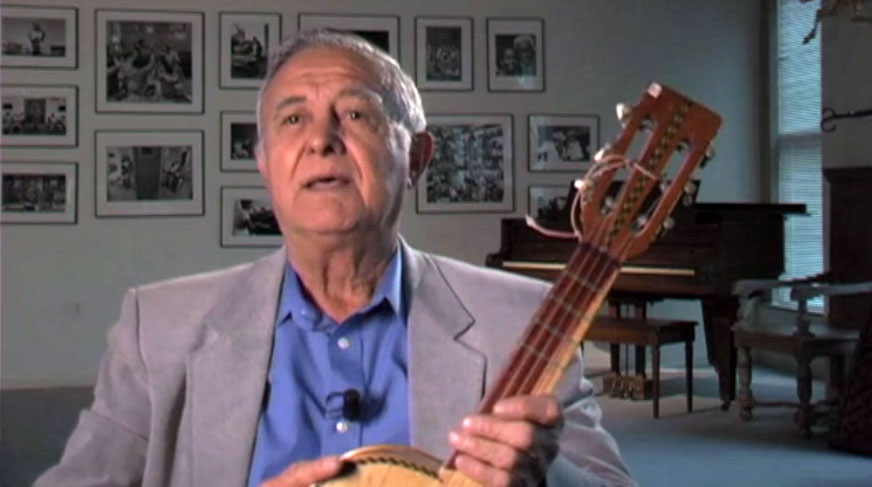 Video: Roberto Martínez: In Appreciation of a Musical Life

Roberto Martínez (1929-2013) was raised in the small northern New Mexican town of Mora, in the region where the heart of more than four centuries of Southwest Hispanic heritage beats the strongest. His family and people were proud, self-reliant, and generous, though of modest means. He recalled how when he was a young boy he would “play” the music he heard around his family on a guitar that his uncle had made for him out of a gas can. The values and traditions he learned as a youngster left a strong stamp on the person he would be the rest of his life. As an adult, he moved to Denver, and then to Albuquerque to work for the U.S. Air Force as a civilian. In his free time, he played Mexican and New Mexican music with the trio Los Reyes de Albuquerque (The Kings of Albuquerque) . He passed on his musical talents to his children, and he launched a record label, Minority Owned Record Enterprises.

I met Roberto in the early 1980s. I found him through his multi-instrumentalist son Lorenzo, who had recorded his first two records on Roberto’s M.O.R.E. label, recordings of traditional New Mexican songs and dances that he had learned through his family, relatives, and friends. Recordings of this music were hard to come by, and the two LPs set a high standard through first-rate musicianship and professional recording standards. Roberto once explained to me how for him, the music he loved was much more than music; it represented his people, his past, and the future he wanted for his children and his community. He told of how the experience of discrimination in the workplace only fueled his pride in his cultural traditions and steeled his resolve to do what he could to keep them a living part of social and cultural life. His efforts played into the Chicano Civil Rights Movement sweeping the Southwest in the 1960s and 1970s. His corridos (story songs) praised cultural resistance in the face of social injustice and instilled patriotic pride in Mexican Americans. His “Corrido de Daniel Fernández” told the tale of the New Mexican soldier who gave his life for his fellow GIs in Vietnam by throwing himself on top of a live grenade.

Over the past thirty years I had the pleasure of following Roberto’s musical life and the joy he took in spreading his music near and far. He continued to be the linchpin of Los Reyes de Albuquerque, playing regularly in cultural events, large and small, throughout New Mexico. He made special efforts through his Reyes de Albuquerque, Inc. nonprofit organization to reach elderly and pre-school audiences. In 1984, 1988, and 1990, he and Lorenzo were invited to join the Raíces Musicales (Musical Roots) national tour of regional Mexican and Mexican American music, sponsored by the National Council for the Traditional Arts. He and his family performed multiple times at the Smithsonian Folklife Festival in Washington, D.C. The National Endowment for the Arts awarded Roberto and Lorenzo its National Heritage Fellowship, the United States government’s highest award in the folk and traditional arts. As he approached his senior years, he left his historic M.O.R.E. record label to the Smithsonian Institution, where it became part of the Smithsonian Folkways collections.

Roberto Martínez’s legacy lives on—in his family, his community, his record label, and the millions of people he has touched with his music and his personal warmth. We thank him, we praise him, and we pledge to do our part to keep the flame of his life and music burning brightly far into the future.

Daniel Sheehy is director and curator of Smithsonian Folkways Recordings and the director of the Smithsonian Center for Folklife and Cultural Heritage.