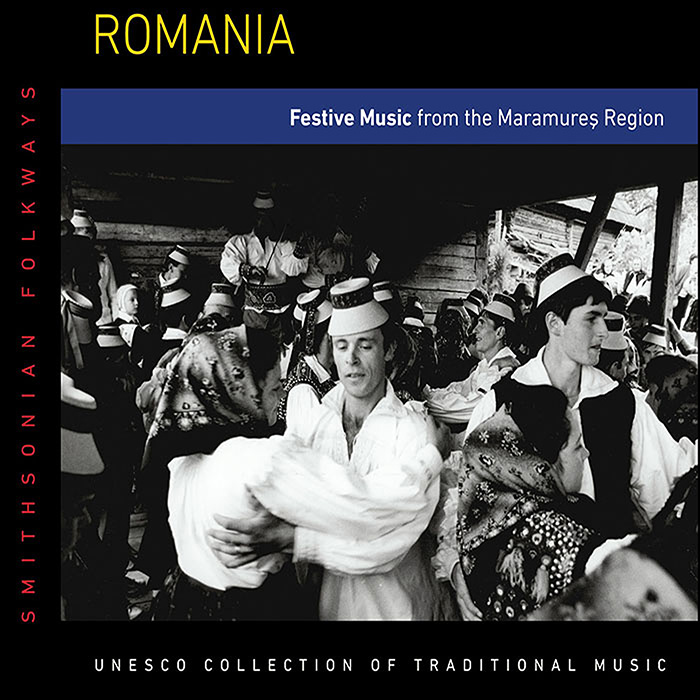 This album captures the robust music in the Maramureş region of Romania, where the musicians play the fiddle (ceteră), the guitar (zongoră), and the drum (dobă) at large gatherings, annual festival celebrations, and smaller, neighborhood parties. The traditional dancing parties occur regularly in the villagers’ homes, where they make music together impromptu, and have poetic competitions all night long. The live recordings of such a party in Hoteni village offer a taste of this gaiety. Today, these recordings from 1992 carry particular significance because many political and social changes have greatly impacted the region since the 1990s. 60 minutes, 25-page notes.